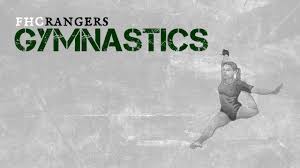 The Forest Hills gymnastics team had a stellar performance Saturday in the Kenowa Hills Invite. Despite their low expectations, the gymnasts were able to secure second place out of the seven teams there; the only team that beat them was the Rockford Rams.

Junior Olivia Jeong was once again one of the key contributors to the team’s placement, as she took eighth overall as an individual out of all the other gymnasts there.

“Our meet went really well for the most part,” Olivia said. “Going into the meet we weren’t that confident, so I would say that the highlight of was, by far, placing second.”

Olivia’s tremendous effort really helped the team in the long run. Not only was she the only team member from Forest Hills Central to compete in all four events, but she also received a 7.8 or higher in each of them.

On the vault event, Olivia scored an impressive 8.7 and was the second-highest scorer on her team in this event. Her lowest scoring event was the bars, but she was still able to score a 7.8 and ended up being the third-highest scorer on the team. In the final two events, beam and floor, Olivia performed phenomenally. Her beam score was a solid 8.45, and her floor score was an 8.8; with that score, she placed tenth overall in the floor event.

There were several other gymnasts on the team whose performances scored phenomenally, one of them being junior Hannah Walters. Hannah took eighth overall with her impressive bars routine and scored an 8.1 in this event. Due to an unfortunate foot injury, Hannah was only able to compete in one other event, the beam, where she scored a respectable 8.325.

While the team had a great performance overall, the beam wasn’t its forte throughout the night; however, with the help of Hannah and a few other Forest Hills Northern and Forest Hills Eastern gymnasts, the team still prevailed.

“The beam is always a tricky event,” head coach Karen Grant said, “but today they looked extra shaky. We need to focus on blocking out distractions during meets and hopefully getting everything ready and our confidence back up for the meets ahead.”

Another key gymnast that helped the team place as high as it did was senior Maheen Mulligan. Maheen competed in one of the events last night, the beam, and scored a very high 8.55, which allowed her to place tenth overall in that specific event.

“I personally think that my beam routine went well last night, but I need to go out there and start doing it as I do in practice in the future meets,” Maheen said. “When the pressure is on, it gets really nerve-wracking and changes the performance; however, with only one practice this week, I think we did really well.”

After Saturday’s meet, the team’s only loss is still to Rockford’s powerhouse team; however, things are starting to take a turn for the better since the team scored the second-most amount of points that it has all season in this weekend’s event, with 137 points overall.

“We are always focused on having our personal best and being happy with our performances for every meet,” Grant said. “I think the girls can say that they accomplished that, and this will be a major confidence booster looking to the rest of the season.”

The Forest Hills gymnastics team has its next meet Monday, Jan. 28 at Kenowa Hills. FH will be taking on the Kenowa Hills Knights at 7 p.m.