I spent over four hours with a serial killer, and I have mixed feelings 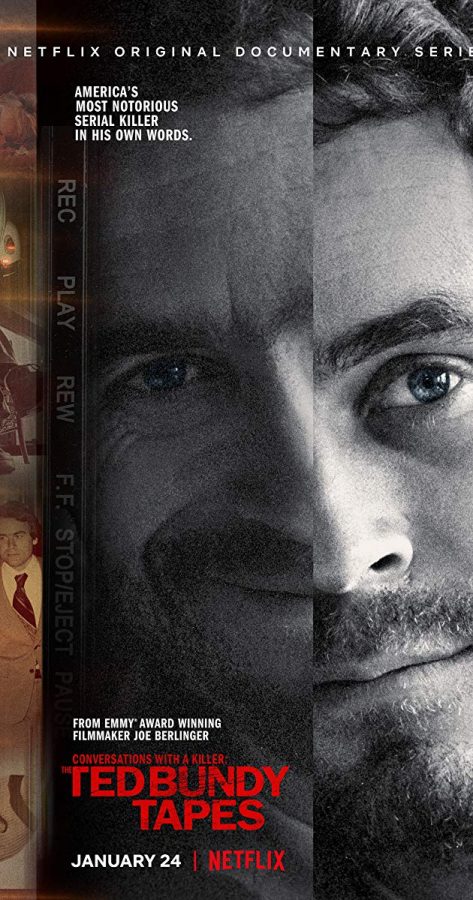 Infamous serial killer Ted Bundy’s voice—straight from death-row—coursed through my headphones, and it was creepy, chill-inducing, and captivating all at once.

Hearing the voice of a kidnapper, murderer, rapist, burglar, and necrophile who confessed to over 30 killings in the span of four years seemed to be a heavy subject for a Friday night, but I was intrigued from one of the first voices I heard: the killer himself.

Conversations with a Killer: The Ted Bundy Tapes had me—and I hate to say it—hooked from the first second of the first 50-minute episode. Bundy’s life ended in an electric chair in the Florida State Prison in 1989, so I had absolutely no reason to be scared—the killer was already dead—yet I still felt like he was sitting right next to me, watching me.

Attempting to get inside the devious, deceptive, diabolical mind of the serial killer, journalist Stephen Michaud was 31 years old when he stepped into the Florida State Prison and, eventually, Bundy’s mind. The voice I heard at the beginning was a mere minute of over 100 hours of recorded conversation between Bundy and Michaud.

The first episode of The Ted Bundy Tapes, titled “Handsome Devil,” was in no way a linear depiction of Bundy’s life from birth to death; it was a sharp, jagged line. Dipping into Bundy’s childhood, and then hopping back into the death-row interviews, and then looking inside Bundy’s first murder, and then going back to his childhood was the jagged line of the first episode.

The first episode set the stage for the four-episode documentary. The eerie foreshadowing, graphic images, and snippets of conversations with Bundy himself made for an intriguing first episode. Interviews with old friends of Bundy, family members, journalists, and lawyers were woven together to form the captivating inside-look into Bundy’s mind.

The first episode depicted Bundy to be a “normal boy,” as most killers are from the start. He had a seemingly normal childhood; he had friends in the neighborhood, went to church every Sunday with his parents, and participated in Boy Scouts. However, pieces of that normalcy began to chip away as the episode went on and as it is revealed that Bundy had a temper and was often made fun of for a speech impediment. Bundy wanted to be the best at everything he did, wanting to always be number one, and I think that was the driving passion for his killing sprees.

After background information about Bundy’s childhood, education, and jobs are revealed through interviews and facts, the episode delves straight into Bundy’s first murders, and they continue into the second episode.

The disappearances of college women—six in under six months—leaves everyone on edge, and the second episode goes into gruesome, graphic detail of Bundy’s killings.

Some made it out of his grasp, though, and much of the second episode is devoted to one woman who escaped her death. The woman, Carol Daronch, retells her story in which she was coerced into a mall parking lot by Bundy, who was dressed as a police officer, saying that items from her car got stolen. Bundy led her into his car, where it was later revealed that there was a knife under the passenger seat, but Daronch managed to escape the moving car and find help.

Throughout the episode, Bundy’s voice from the various interviews is sprinkled throughout, but it lacks any substance. The surface-level questions, paired with Bundy’s avoidance of any clear-cut answers about his motives or anything surrounding his killings, made for a lackluster episode.

That trend continued into the third and fourth episode. The initial intrigue from a serial killer’s voice vanished by this point. It was a cool concept, but there was nothing hard-hitting or chill-inducing about avoiding questions that were subpar in the first place. Throughout the final episodes, I found myself growing bored and wondering when the story would pick back up. The third and fourth episodes surrounded the court cases, trials, jailing, and disappearances of Bundy himself.

As he killed more and more, his sanity was deteriorating, along with his physical state. He would disperse the bodies of his victims and disappear himself, fleeing into the mountains and hiding for days on end without any food or water. He would change his appearance every couple of days in hopes of distracting the police, but Bundy eventually gets caught and thrown into jail, where the lackluster interviews continue on.

The only thing that saved my sanity by the final episode was the different interview techniques. Growing annoyed by Bundy’s inability to answer any questions about his killings, the journalist tried something new: getting Bundy to talk about his 30+ murders in the third-person. Instead of the journalist getting inside Bundy’s head, it was Bundy getting into his own head. Bundy himself dissected every kidnapping and murder; he discussed motives and thought processes, all without ever confessing to any of the killings.

Bundy eventually confessed, though, and the final episode surrounded Bundy’s final days in court, jail, death-row, and his final moments of life. I was conflicted at this point—was this four-part documentary worth my time? I think the tapes, the actual voice of Bundy, was the clickbait of the documentary because I watched over four hours of lackluster interviews. It got repetitive and boring, and there were moments where I wondered why I was so intrigued at the beginning for such an uninteresting last two episodes.

Conversations with a Killer: The Ted Bundy Tapes was intriguing at times, but I wish they delved deeper into Bundy’s mind and why he brutally murdered over 30 women. It was eerie, creepy, and downright disturbing at times, but the clickbait-y trailer hyped up a repetitive and, at times, dull documentary.

Yes, I heard a serial killer’s voice, but what he said was simply fluff. It lost all intrigue after the first episode, and I wish the captivation that I felt from the first few minutes lasted all four episodes.

The concept of hearing a killer’s voice is so cool, and Conversations with a Killer: The Ted Bundy Tapes didn’t really do it justice.