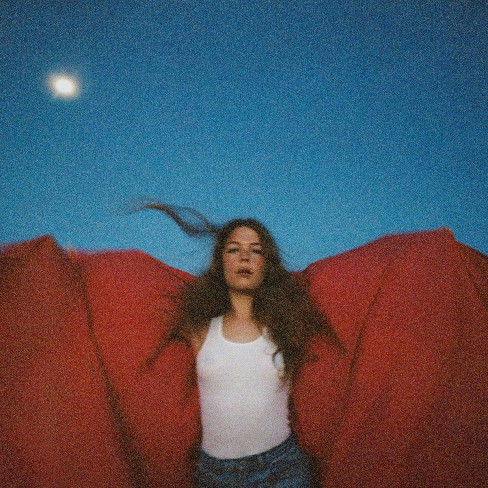 Since 2016, Maggie Rogers has been working her way into the hearts of thousands–if not millions–of people’s minds, solidifying her position as a rising indie pop artist. After a masterclass session with Pharrell Williams at NYU’s Clive Davis Institute went viral, she’s released several singles and even an EP. But just this past month, she released an album titled Heard It In A Past Life, and if she hasn’t gained enough hype yet, she deserves it all today.

While many artists attempt to claim the “original” feel that often accompanies Indie/Alternative music, Rogers may be one of the few exceptions who can truly possess it. On the first track, “Give A Little,” she makes her style known, and it is apparent in the way this carries throughout the entire album. Although many of the tracks sound similar, only appearing to differ slightly with snare drums or quicker tempos, I never once found myself bored. Rather than being colorless and tedious, she was able to make a style that was all her own and is noticeably different than those that might identify with the “indie pop” title.

One of the great benefits of featuring in the indie pop genre is that she is able to create her music on either side of the scale she’d like. Songs such as “Alaska”–which was released as a single off of this album– has a more indie than pop feel, compared to “Overnight,” that radiates a more upbeat, buoyant mood. She puts a creative spin on each of her songs but still remains within the same genre. Regardless of the sound, each one of them emits the energy of dance tunes. Even though it’s not your typical “Apple Bottom Jeans,” it continues to possess a certain quality that you can’t help bouncing to.

For those who aren’t familiar with her music, she has a similar sound to “Strangers” singer Sigrid with a less techno feel, and a voice akin to Sia but with fewer runs. Whether or not these similarities were on purpose or simply taken as inspiration, she puts a spin on both of their music and makes it all her own.

Another quality that she posses, which continues to stun me, is how easily she transfers from her chest voice (a normal singing voice) to her head voice (a falsetto). This is clearly noticeable in “Burning” when she effortlessly reaches high notes and makes it look as simple as drawing stick figures, and yet, a thousand times more complicated.

At first listen, it would be easy to assume that the way she accents her vowels and runs her words together to a nearly indistinguishable mesh of words could appear lazy; but it is quite the opposite. She has mastered the ability to spin words to create her own tone and her own type of sound, which is not at all easy to do. Artists spend years trying to master such feats, and yet, she still manages to maintain the same simplicity as before.

Her rich tone is noticeable in every one of her songs and is somehow even sustained in the high notes. One song where this is specifically evident is one of my favorites off the album, “Past Life.” This song—which also is the origin of the album title—managed to render me speechless. This song is especially striking because unlike most music today, instead of a love story being featured, it’s one of self-discovery and, quite simply, “finding new life.” It’s written more like a poem than a song, with simple chords and melodies and repetition to rival the greatest poets, and it certainly has the same effect as a powerful poem does.

While “Past life” brought the sad vibes, she quickly turns it around with “On + Off.” As one of the most upbeat songs on the album, it features a chorus that is easily imprinted on your mind like tracks in mud. Even though the lyrics can be easily memorized, that does not take away from the poem-like aspect she continues to display in all of her tracks. Besides her already-popular single “Alaska,” this is one I predict to take over the indie music charts.

Despite Rogers limited popularity, she definitely deserves every ounce of stardom that is sure to follow after this 12-track album. With a style all her own and songs that are lyrically genius, I think she will surely wind up being one of the best breakout artists of 2019.