Outside the School #6: Government reopening, Venezuelan crisis, and more 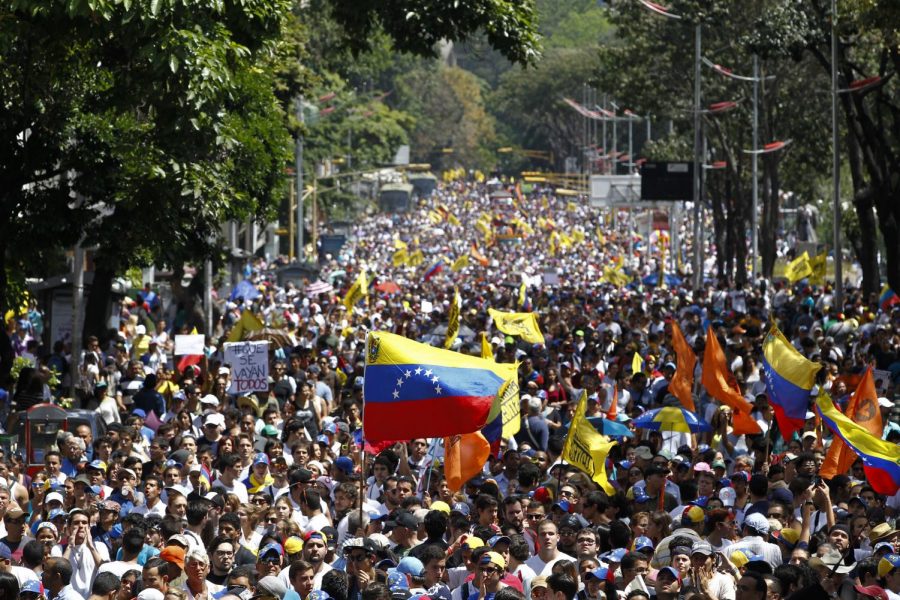 After a painful 35 days, the government shutdown was finally called to an end. President Trump announced that he’d be signing a temporary budget bill that would thus reopen the government.

The bill will only fund the government for three weeks, up until Feb 15. This temporality is because the bill still doesn’t include the $5 billion Trump and his supporters are requesting for a southern border wall.

While Trump did acknowledge and thank the 800,000 federal workers who went without pay for 35 days, promising they’d receive their backpay timely, he also has vowed to shut down the government once more on Feb 15 if he is not able to receive the funding for the wall.

The other option he announced he’d be willing to take is calling a national emergency. This would allow Trump to bypass Congress in funding the wall. The legal restrictions on this power are blurry, making it appear as though Trump has full power to follow through with this plan. However, no president has ever used the power in this manner, and many are alarmed with the precedent Trump could end up setting

With 2019’s arrival, candidate-chatter for the 2020 election has already begun. Among the headlines, is Howard Schultz’s name.

The former Starbucks CEO announced that he is considering running for president in the 2020 election as an independent centrist.

As a non-politician billionaire, this move would certainly resemble Donald Trump’s leap into politics. He’s made statements about his frustration with the state of politics and the behavior of both major parties in this country; thus, he would like to step in to direct the political tide in a direction he’d deem more suitable.

However, this has been met with massive negativity, most notably from Democrats. Many of them believe that a big-name independent campaign could sweep too much of the anti-Trump vote and consequently re-elect Trump.

Several significant Democrat names have been very vocal in their disapproval, both with the idea of a notable independent campaign and the idea of a billionaire waltzing into politics with disregard for the political retributions.

Nevertheless, Schultz has made no concrete announcements; for now, many names are sure to shift in and out of the candidate pool until the primaries.

Venezuela has been in the midst of deep political turmoil for years now, drowning in the depths of hyperinflation, power cuts, food shortages, etc. under the socialist regime of Nicolás Maduro.

Maduro was Hugo Chávez’s predecessor, elected into office in April of 2013. Just a few weeks ago, he was sworn into his second six-year term after a deeply controversial election. The election was boycotted by Maduro’s opposition, and suspicion of vote-rigging was high. Thus, the re-election was not recognized by Venezuela’s National Assembly, which is controlled by Maduro’s opposition.

This is how Guaidó declared himself president at the end of January, unleashing a slew of positive and negative reaction from Venezuela and the world.

President Trump announced that the U.S. would recognize Guaidó as president, angering Maduro, who immediately responded by breaking relations with the U.S. and giving U.S. diplomats in the country three days to leave.

A number of other countries have committed to supporting Guaidó, and many Venezuelans rejoiced at his presidency; however, Maduro, government officials, and the Venezuelan military still remain vested in holding onto the presidency. The military support for Maduro affords him a great amount of leverage, and he has continued to ensure their support with pay raises and rank promotions.

As Venezuela’s economic and political landscape continues to crumble, Guaidó and much of his supporters both inside and outside of Venezuela remain insistent on liberating the country.