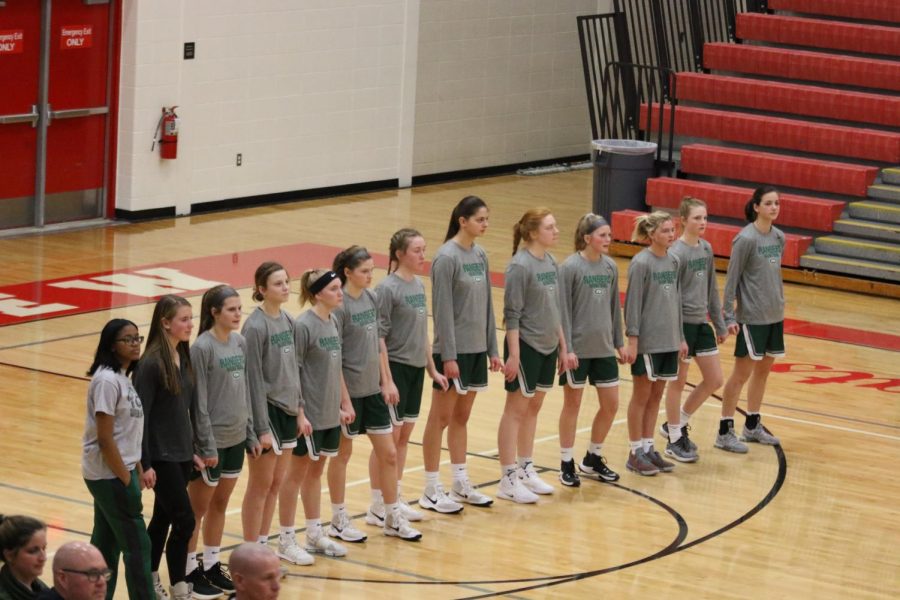 After back-to-back losses to Forest Hills Northern and East Grand Rapids and a week-long hiatus, the 7-4 (2-2) Lady Rangers will host the 5-5 (2-4) Yellow Jackets of Greenville.

The Lady Rangers swept the series against Greenville last season, with senior Claire Baguley and 2018 graduate Breanna Probst leading the way in both games. Breanna face guarded the Yellow Jackets’ star player, holding her to just two shots in the first game. Claire had a double-double in both games against Greenville, as the Rangers won 36-29 the first game and 42-32 the second time through the conference.

The Yellow Jackets’ offense revolves around one player, senior guard Adele Kemp, and for good reason. A Northwood commit, she reached the 1,000 point milestone last season as a junior, and she broke the career-scoring record at Greenville earlier this season; her point total is estimated to be around 1,200. Adele averaged 21 points and 7 rebounds per game as a junior, but she was effectively shut down and held to a minimal threat by the Rangers last season.

The Yellow Jackets posted a statement win against Forest Hills Northern 48-41, during which Adele scored 35 points, but they later fell to the likes of Lowell and Cedar Springs. In comparison, the Rangers lost to Northern 52-43 and beat Cedar Springs 53-44. The OK White has had all sorts of shake-ups thus far, and each competition is truly anyone’s game depending on who shows up to play.

Sophomore Brittney Probst will step into her sister’s role against Greenville in face guarding Adele. Brittney has had experience with this task earlier in the season, as she held Northern’s leading scorer to 5 points in the first half and Cedar Springs’ leading scorer to 4 points until fouling out late in the fourth. This Yellow Jacket offense isn’t used to functioning without Adele, so removing her as a scoring threat will greatly help FHC.

While the Lady Rangers’ offense was very productive early in the season, it went ice cold right around when conference play started. Having the past week off could swing either way as being helpful or detrimental; FHC could come back very rusty or it could have been exactly the break the team needed to come back fresh and explosive.

If the Rangers can avoid taking a step back after the time off, look for them to take this game against Greenville and go on a run the second time through the conference to compete for the title.