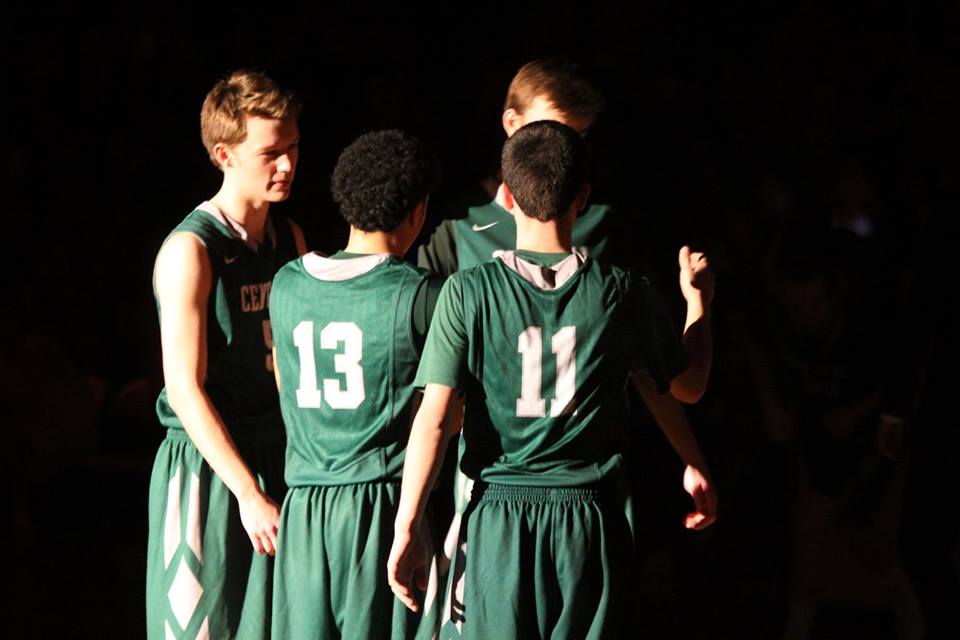 The boys varsity basketball team traveled to Allendale High School to face the Falcons in their last regular season game on March 2. The outcome was a 66-79 loss, despite the Rangers going into halftime with a 1-point lead. According to Head Coach Ken George, the third quarter was when Allendale truly took the game and outscored the Rangers 19-9.

“We didn’t respond well to their run in the 3rd quarter. They made a little run and then we just didn’t really respond like we usually do,” George said. “Also, when we shoot it like we did in that game, which was not very good, then we struggle to get anything going.”

Despite the uneven third quarter, Rangers were holding their own in the first half in part to senior Connor Kelly. He had 17 points at the half and finished the game with 25 points and 8 assists.

“He had so many points in the last part of the game last week. I think he is finally realizing after 3 years that he can do that every night,” George said. “I think that he maybe thought he could do it but didn’t feel like it was his role on the team. When he goes like he did in the first half and we make shots around him then we could have been up 10 at the half. Connor makes us more dangerous.”

With this final game finished, the Rangers are looking to use what they learned to help them in the playoffs, where they hope to make a run.

“The Allendale team that we lost to will make some noise in their district, so I think the fact that we played a solid opponent will help us going forward along with showing us some of the things we need to work on,” Kelly said. “Defensively there are a few things we need to clean up as well as offensively and that will help us big time going forward.”

One defensive improvement George looks to make is in their man-to-man defense. He hopes that the team can correct some things they saw tonight in order to better execute it next week.

“We are going to put a lot of time in the gym because the snow day threw us off but we are going to spend a lot of time shooting, and we need to nail down our man to man defense,” George said. “There were two guys we were focused on in that game and they combined for about 50 points. That’s a problem, so next week for districts, whoever we play, we will have to focus on some guys and be able to guard them.”

The 10-10 Rangers realize that anything can happen during playoff time, and they hope to improve going into next week and play their best basketball yet.

“We have to be ready to play on Wednesday and go get a win,” Kelly said. “From there on we are just hoping to play at our highest level and peaking because anything can happen in playoff basketball, when all teams are 0-0 going in.”

The Rangers play at Northview next Wednesday in the District semi-finals.