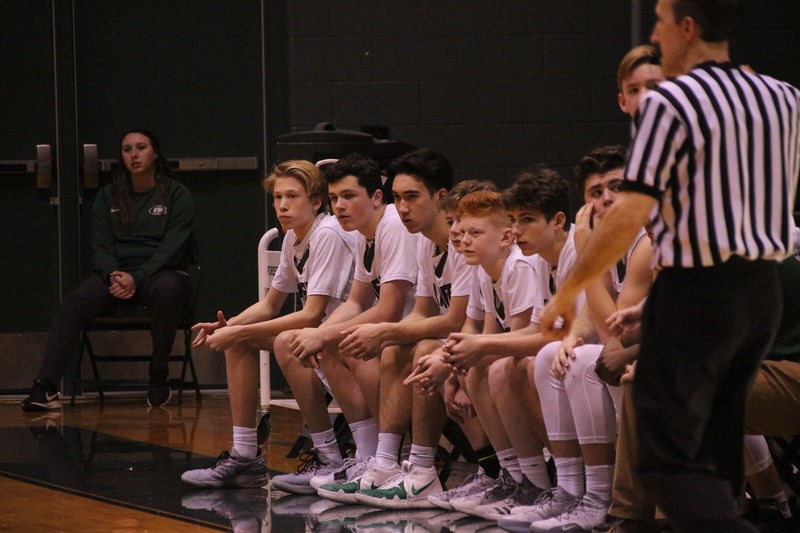 The boys freshman basketball team dominated the Yellow Jackets of Greenville in a 65-28 slaughterhouse on both ends of the floor.

The first half started off just like the Rangers had planned, with high energy. Right from the tip, the boys had high intensity all game. With several first-quarter points, freshman Benny Scholler led the team on the night with 15 points. His ability to score the ball has been a key factor to the success of the team all season, and it really showed in this monstrous win. The Rangers outworked their opponent all half on both ends of the floor, putting up 30 total points against Greenville’s 17 at the break.

The second half was led by freshman Kevin McPoland, who had a career-high 11 points along with 8 rebounds. Not only did the offense more than double its points, but the Rangers also kept the Yellow Jackets to only 11 points in the second half. FHC would constantly pressure the ball and deny wings, leading to numerous turnovers and easy lay-ups. Greenville couldn’t handle the constant switches on defense and the consistency of shooting on offense. Another key player was freshman Jacob Bonnett, who has been stellar all season, as he had 12 points and multiple assists and rebounds.

Overall, all 13 men contributed to the game for the win. The Rangers are now 11-2 on the season and 6-0 in the OK White. Their next game is on Thursday, Feb. 7 at Ceder Springs.

“We continue to play well in the conference, and it’s no surprise,” head coach Adam Monroe said. “Our guys are getting better every day.”