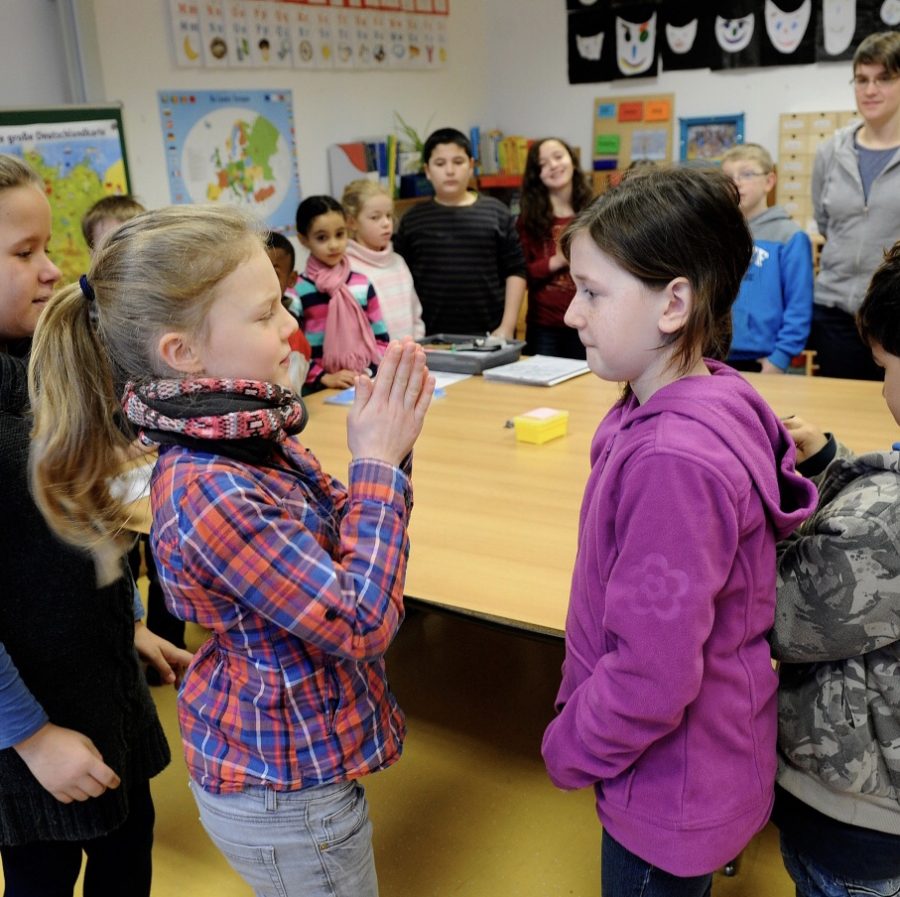 As I stood in the front of Mrs. Gootjes’s room assisting a group of her fifth graders on informing the rest of their class on the dangers of abusing prescription drugs, I was appalled by their extremely advanced public speaking skills. The children constructed organized presentations within ten minutes and were beautiful public speakers. However, one child seemed to struggle when it was his turn to read his designated section of his group’s laminated sheet.

The struggling child was a foreign-exchange student from China. He transferred to Central Woodlands two weeks prior to when I taught this Project Charlie lesson.

Instead of abandoning their classmate, the children in his group kindly assisted the boy in sounding out the challenging words until he completed reading his assigned section. Not only was I impressed with the boy’s superb English, I was also impressed with the maturity and utter kindness the boy’s group modeled.

I then realized that I could learn just as much from those children as they could from me.

In high school, my peers are not as understanding and helpful with each other as the fifth graders were. Obvious, over-exaggerated groans fill the confined walls of a classroom when a student who is known to stutter or struggle reading is chosen to read aloud. Eyes lift from books and catch the gaze of others—disrespectful smirks or further giggling follow.

When the boy was struggling, not one of the students in Mrs. Gootjes’s room laughed, smirked, or sent bothered looks towards him. Each student remained patient as the boy sounded out his words and placed his magnet on the heart of the body map behind him. Then, the students diligently copied a “P” on their own body maps without speaking a single word. My heart was absolutely warmed in that moment, especially when the boy turned around and kept his head lifted.

I started to wonder how that selflessness and kindness disappears between elementary school and high school. Do we abandon it in middle school, or does it diminish as our years in high school increase? Where does the passion for helping others, because we are positive it is the correct thing to do, go? At what age did we simply forget how to treat each other?

What these children taught me that day, besides the many different, harmful effects of various illegal drugs, is how important being understanding is. The environment of that classroom was so positive and respectful because each child was supportive of their classmates’ success. In high school, I believe that that same compassion needs to be rekindled; students’ success would heighten largely.

Also, each time I entered Mrs. Gootjes’ room, the students were sitting in different seats with different students in their pods. I loved this idea: not having assigned seating. I thought that it was remarkably intelligent to make the children communicate with different classmates—probably another reason why the relationships between each child in her room were so positive. Even in classes where seating has not been assigned, I tend to move towards the same two or three friends each day like a bird to their beloved flock. I acknowledged that I do not know some of my classmates’ names either, and I started to wonder if I would be knowledgeable of their characteristics and interests if that same idea was implemented in high school classrooms.

In the beginning of the year, Mr. George made his Honors English 10 students sit in a large circle and give basic, random facts about themselves. At the time, I thought it was ridiculous because Mr. George requested that students remember each person’s name and one of the facts that they shared. Not only had I literally never seen half of the students in my class, but my class consisted of thirty-two students; therefore, I was extremely stressed for the sake of my grade. However, looking back, I am thoroughly thankful that Mr. George encouraged his students to know each other; I wish more teachers did that.

I have learned a lot about the conforming actions I complete daily without even realizing. I was able to enter sophomore year knowing a fair amount of my grade, having friends, and not being the new kid. However, that should not have ceased my willingness to become acquainted with other peers and create new friendships, and I discovered this through the students in Mrs. Gootjes’s room who greatly modeled the importance of exhibiting respect and understanding to each other.