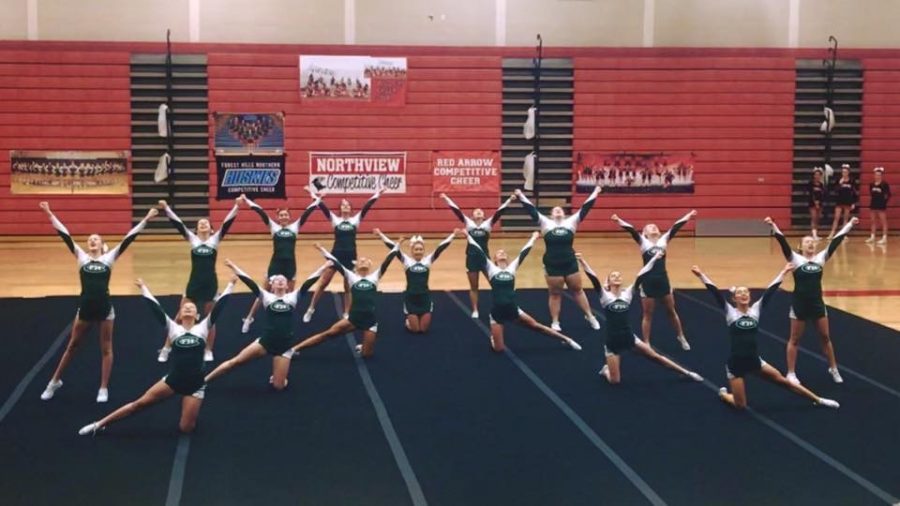 The Forest Hills Central competitive cheer team took second place at this past week’s conference meet. This conference meet counted for fifty percent of the Rangers’ entire conference season and placing well was very important for the team.

The team’s round one was its highest-scoring of the season, and the Rangers were able to score 223.5 points in the first round. Their second round was just as amazing as their first, as the Rangers scored 202.76 points; this was their new scoring record for the second round. Lastly, in their final round, the Rangers scored a solid 273.8 points. Their total points for the night was a record-high 700.6 points.

Seniors Maija Dickens and Gabrielle Bates had a very good meet and led the team in its amazing performance. Juniors Meredith Carpenter and Elizabeth Hoving also stepped up and helped to lead the team. The team’s success cannot be fully expressed between these four team members, but they definitely were huge aspects in the final outcome.

The competitive cheer team’s next meet is this Wednesday, Feb. 13 at Comstock Park.