Alec Benjamin tells his story through his music 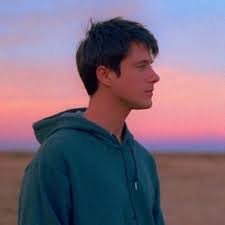 I was sitting on a mattress on the floor in a room the size of a large closet when I first heard about up-and-coming singer-songwriter Alec Benjamin. I typed his name into Spotify, pressed shuffle, and was met with these words: “I know the Bible isn’t perfect ‘cause it left one person out. There was Adam, there was Eve, and there was someone else around. Yeah, I think his name was Steve.”

Which was ironic seeing as my friends and I were at a retreat with our church.

That first song, though, it caught my attention. Alec Benjamin clearly had a beautiful voice, and the song had a nice feel to it, but it was the story that had me stopping and listening. I think too often in modern music the story behind the song gets buried under autotune, heavy beats, crazy vocals, and a mess of different sounds. Sometimes, a background, a story, a point, gets left out altogether.

For Alec Benjamin, it’s obvious that the story –his life — is the center of his music.

Songs like “Boy in the Bubble,” “Let Me Down Slowly,” and “1994,” (all a part of his album Narrated For You, which dropped late last year) all have a basis in Alec himself. Which, in my personal opinion, is what makes good music. It’s not generic; it’s not computer generated; it’s his voice telling his story. And I may not always understand the story in the way he means it but, oftentimes, with songs based in the human experience, it can mean something different to every person who listens to it. It connects in a unique way to each listener and, in a way, conforms to each person. Reminding them of their own stories.

All of that isn’t to say that Alec doesn’t meet all the other requirements for a great album. There is a flow through his songs, yes; however, each of the songs has a distinct sound and keeps the album interesting. With twelve songs on the album, there are a few especially that stick out for having a different vibe. Most noticeably, “Steve,” which has a unique biblical basis.

In “1994” Alec hits at a specific demographic: his own generation. He speaks to his, and his peer’s, experiences growing up in a world that had yet to push its children to grow up. He begins the song with a childhood that consisted of superheroes, chicken noodle soup, and Santa Claus and yet slowly the song develops as he speaks to losing his innocence to death and incidents like 9/11.

“Annabelle’s Homework” has the same young innocence as many of the other songs and yet revolves around his experience with young love and how he attempted to win a girl’s affection by doing her homework. The hurt of that rejected young love is a story just about everyone can relate to. His use of little metaphors and such through his songs also draws you to the lyrics. In this song, he says “doesn’t matter how many papers I write, the end of the equation won’t be you and I.”

Alec Benjamin is rather new to the scene with only one album and a few singles, and yet he is already using his unique voice to establish his place in the music world. With songs based on his story, Alec reaches out to touch others with his talent.

If you’re looking for music that will pull at your heart and put a content, contemplative smile on your face, Alec Benjamin is here for you.