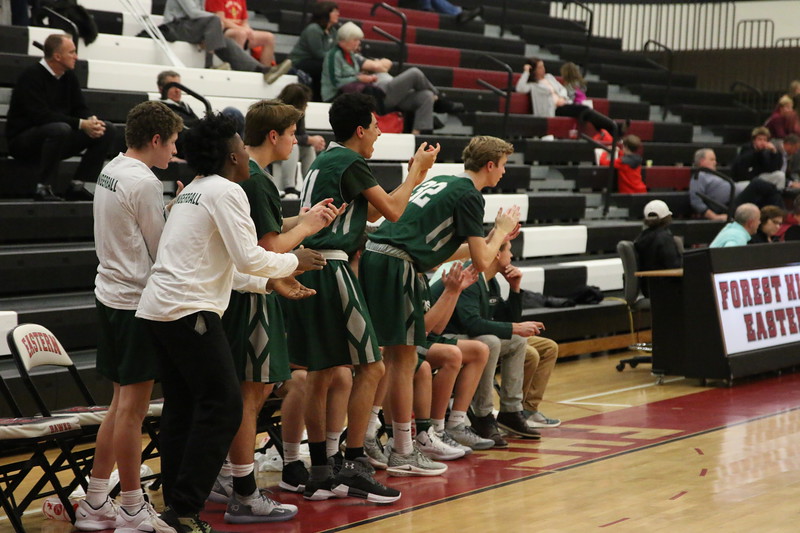 A week after a thrilling win over the Greenville Yellow Jackets, the boys JV basketball team hit the road again to take on the Lowell Red Arrows. The Rangers would handily defeat Lowell 81-48 behind some great offense and a big run to end the first half. Sophomore Jonah Spates led the scoring for FHC with 14 points. Besides scoring, Jonah was able to facilitate and create opportunities for his teammates, which was a big reason the Rangers could open the lead.

FHC had a bit of a slow start to the first quarter, as Lowell was able to get to the middle of the Ranger defense and score in a variety of ways. Luckily, FHC played better defense as the game went on and got stops consistently. Sophomore Chris Battiste was great inside defensively, getting steals and blocks then passing to guards for easy baskets. Fellow sophomore George Hatchett had a couple three-pointers that were big for stopping the Red Arrows’ momentum while trying to make a run.

Lowell would start out the second half with a couple buckets, but FHC responded with a key 6-0 run with shots from sophomores Jeremy James, Matthew Mahoney, and Peyton Bush. The Rangers continued to thrive offensively in the second half, but a key part to the offensive success was some outstanding offensive rebounding by sophomore Maguire Mahacek. Maguire’s offensive rebounding led to big three-pointers for FHC not only in the second half but the entire game in general. A new five came in for FHC in the middle of the fourth quarter to give the Rangers the win 81-48.

This win puts FHC at 5-2 in OK White conference play and 8-6 on the season. The Rangers now focus on Thursday’s game when they face quite possibly the best team in the conference, the Ottawa Hills Bengals. FHC narrowly lost to the Bengals last time, but playing on the Rangers’ home court will for sure be an advantage. If FHC can have the same offensive and defensive success as it did against Lowell, look for this group to get its first win against Ottawa Hills.