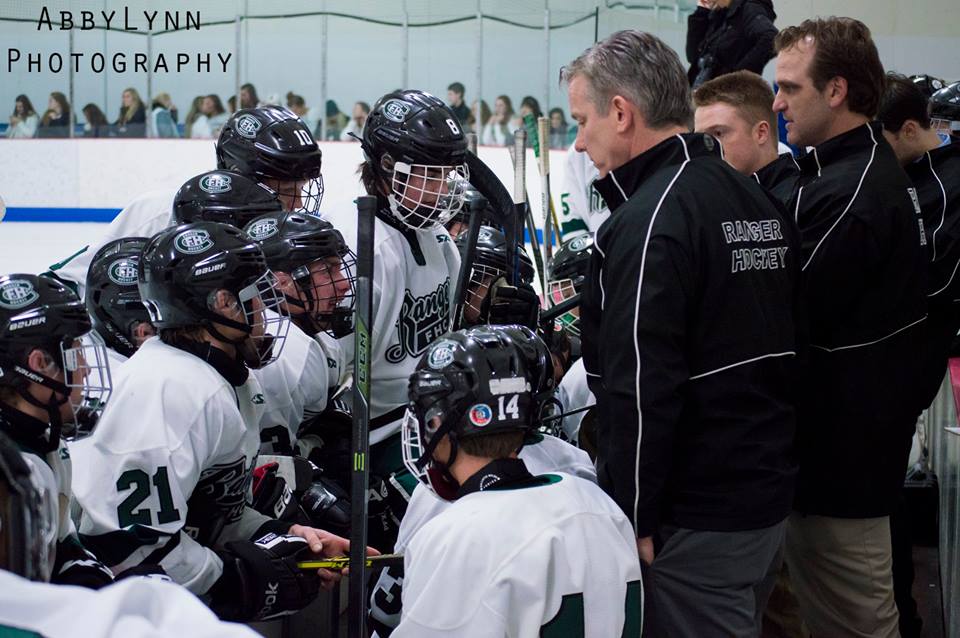 As the line of chilly hockeygoers outside the Eagle Ice Center grew, the fans waiting for the 4:45 show time and a chance to be one of 800 let inside were hoping for an exciting game to validate their dedication, and they were not disappointed. In a thrilling matchup between FHC and Grand Rapids Catholic Central, the boys hockey team was unable to overcome triple-overtime and lost 4-3 in the Regional Championship, effectively ending their 2015-2016 season. However, those who attended the game were in for a show.

The first goal of the night belonged to FHC’s Nicko Withey, making the score 1-0 with 4:47 left in the first period. The second period was filled with even more action, as the Withey twins continued their dominance on the ice when Mackey Withey extended the lead to 2-0 with 13:24 left in the second period. Catholic Central answered back with two goals to tie the game; but, the second period ended with an electrifying goal by Connor Foresman for FHC with 0:12 left, sending the student section into a frenzy and FHC to a 3-2 lead. However, by scoring another goal to tie the game 3-3, Catholic Central sent the game into what would become three overtimes, ending with a Catholic Central goal, a 4-3 victory, and a Regional Championship for them.

“We played our hearts out, we truly did,” said senior and captain Max Berry. “It was devastating to lose in the 3rd OT but anyone who was at the game knows we played a heck of a game and it could have gone either way.”

“We played well overall,” said Arent. “We did have some chances that we should have taken and we let them back in the game. However, overall, we did a good job for a young group of guys to take a really good team like them to [a] third overtime.”

This outcome, however, does nothing to diminish the 16-11-1 season with many young and inexperienced players including standout goalie and lone freshman Carl Mielock.

“Lots of kids had great seasons and the program has an incredibly bright future. But I think the biggest reason for that is that Carl Mielock still has 3 more years,” Berry said. “He’s an incredible goalie and did a great job filling some huge shoes left by Luke and Mitch after last year.”

Berry went on to add that all of their goalies were exceptional, and that all 3 goalies deserve recognition for maintaining the high standard of goaltending at FHC set by their predecessors. Arent agreed and went on to cite junior Nicko Withey and sophomore Connor Foresman as two other big players who have helped their team this season.

Berry says he is excited to see the growth of the class of 2017 from this season to their senior season next year, and hopes to see their team go deep into the playoffs. Senior Michael Trapp agrees, hoping to see them advance farther than they were able to this year.

“While the [Regional Final] loss was tough, I’m proud of our season and how we played,” Trapp said.

Arent also hopes for great things for the future team, leaving them with advice on how to compete.

“Never assume anything, never take anything for granted, never give up, and never waste a second,” said Arent. “Time goes by fast. Live it up and work your butt off towards your goals.”

In terms of this year’s seniors, the class of 2016 is one with eight seniors who have dedicated a lot to the sport and to FHC’s team over their past few years.

“I feel like I’ve learned everything I could from the sport,” Trapp said. “It’s been a really good four years with the team.”

The senior class is also a close one, whose boys have grown because of their time together on the rink.

“It’s been the greatest joy in my life to not just play with [the other seniors] but grow as teammates and friends,” Berry said. “I’m so proud to be a part of my class. [The other seniors] are all brothers to me and that will always be true.”

As their season comes to a close with the loss, the FHC hockey family, especially the seniors who are done, continues to be grateful for the support they have received over the past few months.

“We had some ups and downs but I really love my teammates, and fan support makes everything even better,” Berry said. “As a senior who is sadly done, just thank you to everyone. It’s been an incredible journey that I was honored to be a part of.” 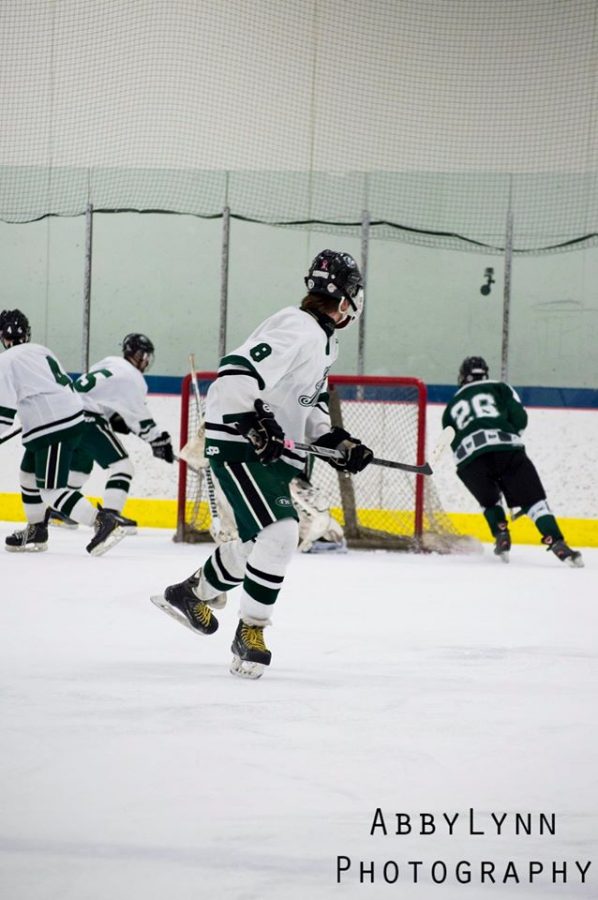