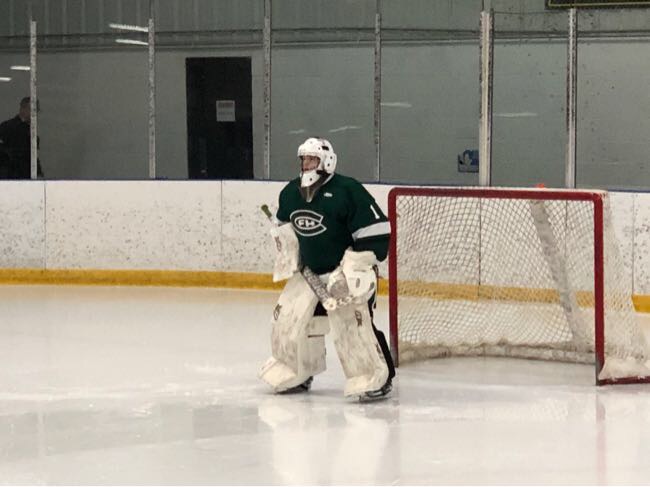 “I transferred from Northern to Central this year. The first time I met the hockey team, I only knew the Ott brothers (Cole and Xavier) and the Mielock brothers (Carl and Johnny). In the beginning, I didn’t talk much. But, after a couple of weeks into summer practices, I got to know the team really well. I then felt accepted by the team after playing well in a couple of the summer games. Since the district has rules about transferred students playing, I was not allowed to play in an official hockey game with FHC until the second week of February. I was pretty nervous and excited going in, but I eventually got over my nerves and played well the rest of the game.”