Why you shouldn’t use straws 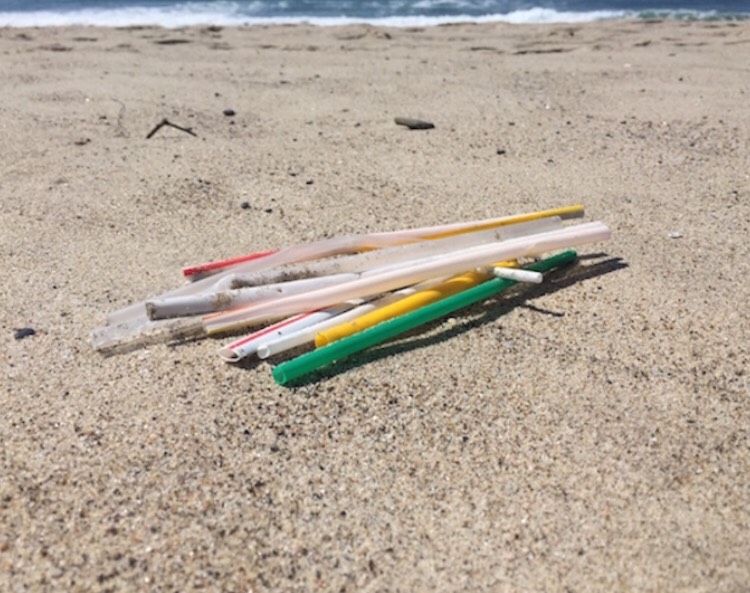 Straws are innocent enough as it is; they can come in different playful shapes, but something you don’t normally think about is how these little plastic tubes you place in your soft drink affect the environment immensely.

As you may know, ocean life has suffered severely from garbage dumps spilling into these bodies of water. But straws are different from most pieces of trash. They aren’t easily recycled; they aren’t easily decomposed, and they are a threat to marine life.

Straws use type five plastic, which is not accepted by most recycling companies. Type five plastics are too lightweight to make it through the mechanical recycling sorter. With this, these abominations are disposed of improperly to landfills and end up polluting the oceans.

Plastics never fully degrade, and they aren’t biodegradable. Instead, they break down into little pieces called micro-plastics. Micro-plastics can degrade to be as small as dust, and 94% of U.S. tap water contain micro-plastics. Even if they do break down into itty-bitty pieces, the process takes a long time—about 200 years—and they release toxic chemicals that are deadly to the wildlife. This will take a toll on the generations to come.

The animals most affected by this pollution are sea turtles and seabirds, as they are prone to choking on the waste. Seabirds easily pick up the straws,  mistaking it for food and then dying by suffocation. Over one million birds die from this exact situation a year. Unluckily for sea turtles, they not only can die from suffocation but also can have straws embed in their nostrils, making it painful to remove. People have noticed this massive amount of pain inflicted on the environment and the creatures who adopt it; they decided to take a change.

Seattle was the first big city to ban the usage of straws. Starbucks and McDonalds also are taking initiative to wipe their stores clean of straws. But it doesn’t take owning a company or governing a city to make a big change; you can too.

You can help by investing in a reusable straw or not using one at all. Despite its massive cons, straws actually can serve a real purpose. People who have had strokes can use straws as they can help without straining themselves while drinking; this is where reusable straws come in.

Using either stainless steel or glass reusable straws helps, as you don’t need to throw them away, and you can wash them after use. Saying “No thank you!” to waiters passing out straws at restaurants is helpful as well.

Even if you can’t see the problem, that doesn’t mean it’s not there. Soon, it might be right in front of you.