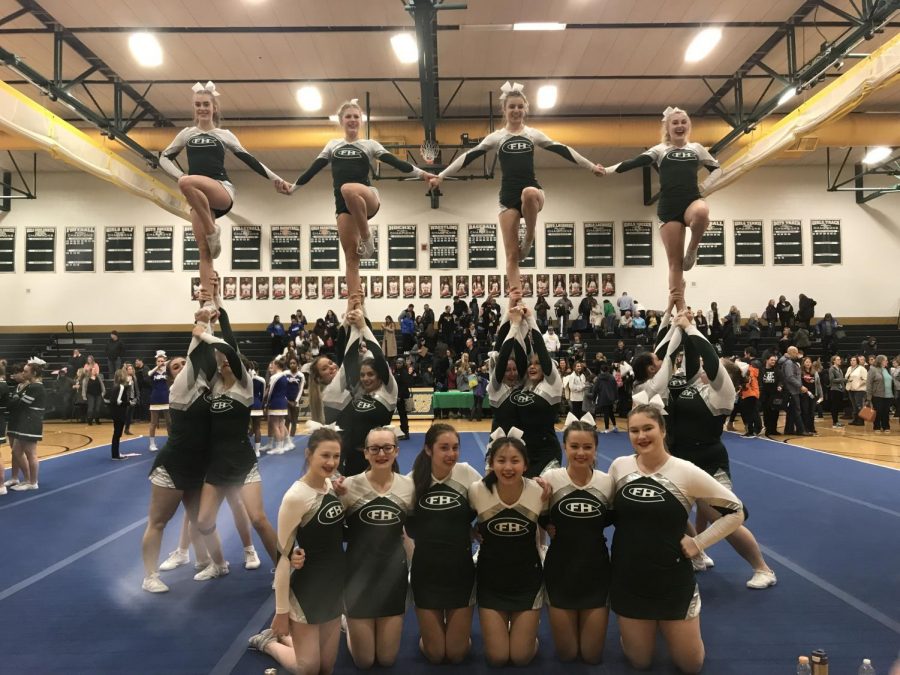 The Forest Hills Central competitive cheer team took home third place at this past weekend’s District Competition. This was an extremely important competition for the Rangers, and with the performance that they put on, they were able to qualify for the Regional Competition.

The Rangers had a tremendous night on the mat and were able to set many new records. They made history at the competition, as they had their highest score ever in round three by scoring over 300. Also, the team had its highest overall score of 722.88 when all three of the rounds were over.

Several Rangers gave it their all at the competition, including senior Brooke Betz and freshman Liz Roub, who both performed all of their skills flawlessly. Juniors Meredith Carpenter and Josie Wagenaar also had a tremendous meet, and they helped lead the team to this great victory. Lastly, seniors Jordan Boltres and Gabrielle Bates, freshman Jaelyn Carlson, and sophomore Lydia VanDeRiet all had a clean hit for the night.

The Forest Hills Central competitive cheer team will be competing in the Regional finals on Saturday at Kenowa Hills; if the Rangers win that, they will be in the State Competition.