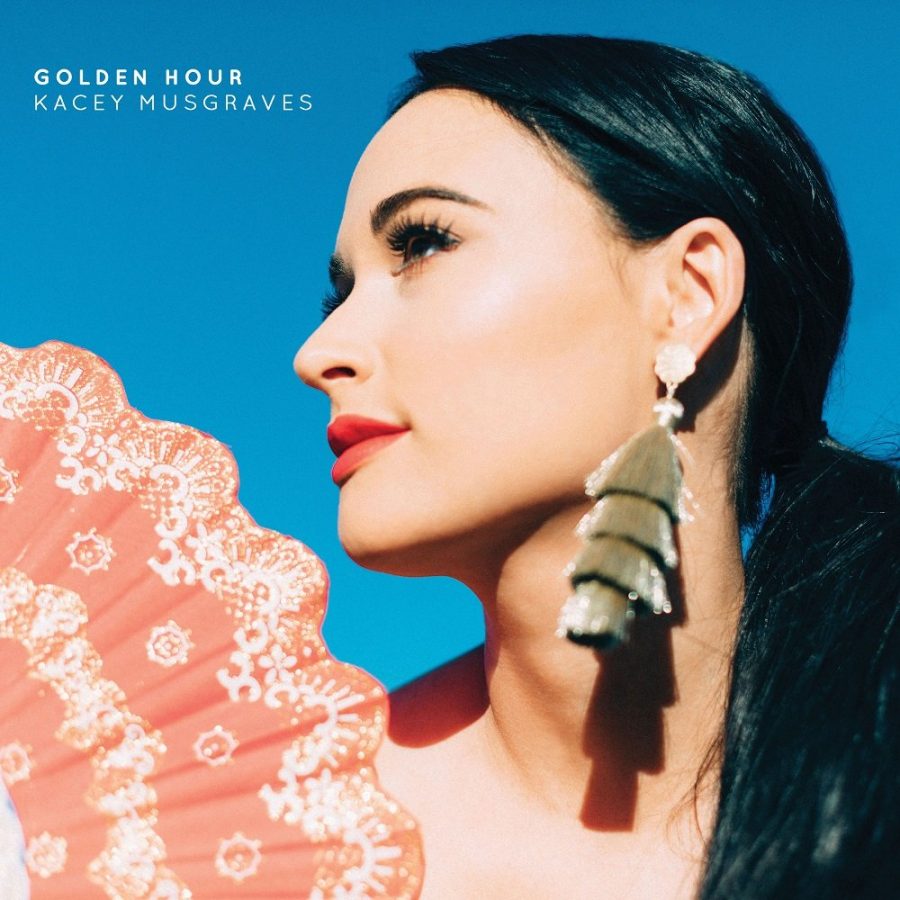 I am a paradox.

I am not the most loyal fan of country music. The number of country songs I know by heart can be counted utilizing one hand; each is a song that appeared on Spotify’s Today’s Hits playlist and fits more into the pop genre than country. However, something is so intriguing and appealing about southern culture—maybe the real instruments that accompany each song. Perhaps because I am so unfamiliar with country music, it constantly seems to spark my interest.

Therefore, when I saw the absolutely adorable video of Kacey Musgraves’s reaction when her album Golden Hour was announced as the winner of the Grammy for Album of the Year numerous times on my Instagram feed, I desired to discover what about that particular album allowed her to obtain that award. Upon listening through the entire album, I believe that her gentle, relaxing voice and the meaningful messages included within her songs are what pinned her album as deserving.

Kacey Musgraves is thirty years old, and she has collected six Grammy Awards, four Country Music Association awards, and an Academy of Country Music Award throughout her career. She appeared on the singing competition Nashville Star in 2007—she self-released three albums prior to the competition. Kacey finally signed to Mercury Nashville in 2012; shortly after, she released her debut album: Same Trailer Different Park.

My favorite song on Golden Hour is “Rainbow.” I first heard this song on Spotify’s Today’s Hits playlist, but nevertheless, it did instantly catch my attention. Not only do I think that the song’s message about hope and maintaining optimism is beautiful, but the authenticity present within Musgraves’ voice is absolutely breathtaking. I also enjoy the song “Golden Hour,” because the comparison Musgraves made between love and a golden-hour sky was stunning. The song reminds me of the gorgeous orange and pink sunsets that frequently appear in August-night skies, lined with clouds that look like cotton candy—the sunsets that make you long for summer to never conclude.

Overall, I think that Golden Hour consists of songs that are perfect for the summertime. However, I think that select songs sound relatively similar to others on the album, and I think that more variation could have been presented. But, the album is still insanely catchy and deserves both the success and attention that it has received.

According to an article posted on theboot.com, Musgraves described during an interview with Entertainment Weekly that the purpose of her album is to bring positivity and love into a consistently negative world.

She said, “It felt like this majestic time where God was saying, ‘This is a moment to be present for, to witness and relish in the beauty of this incredible world.’ That was important for me to include on this record . . . one thing we could use is a little more love and positivity and pretty colors.”