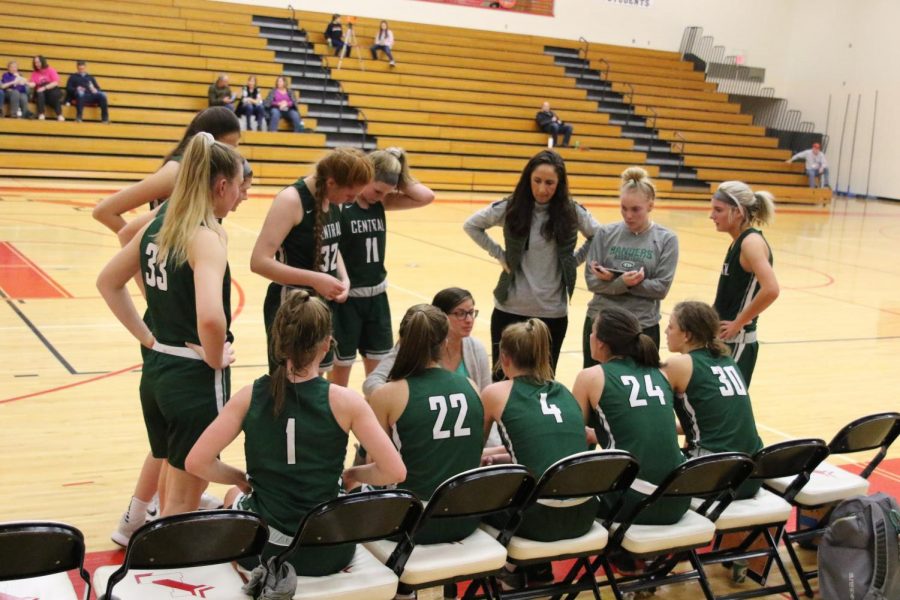 Senior Claire Baguley and freshman Theryn Hallock were a highlight-reel duo last night in the girls varsity basketball team’s 58-37 win over Lowell. Claire had a game-high 25 points, while Theryn tied her career-high with 22; the two also combined for 9 rebounds, 5 steals, and 4 assists.

A dagger from behind the arc from Claire would be the first points of the game and give FHC the lead indefinitely. While the Rangers struggled to box out throughout the entire game and allowed Lowell many second-chance shots, the Red Arrows couldn’t find a way to score and put up just 2 in the first. The Rangers went on a 10-0 run to end the quarter and led 15-2 at the horn.

Sophomore Zoe Lipke and freshman Remmie Ingraham were key as role players last night, as they had 5 and 4 assists, respectively. The two were largely responsible for setting Claire and Theryn up for shots all night.

Zoe came up with a steal in FHC’s full-court press and was able to assist Remmie for a couple more points midway through the second. The Rangers went on a large 8-0 run to round out the dominant first half, capped off by a sophomore Katy Majick three-pointer assisted by Zoe. FHC led 27-9 at the break over a struggling Lowell squad.

Theryn found a spark in the locker room, as she came out to score FHC’s first 7 points of the quarter; 14 of her 22 points came in the final two quarters of the game. The Red Arrows showed some grit under the basket while rebounding and found a way to put up 12 points in the quarter, but the Rangers continued their dominance and led 42-21 after three.

The Red Arrows went on a small 9-3 run through the fourth quarter and were able to gain a little momentum; the Rangers, however, never had less than a 17-point lead through the final quarter of play. Both teams put in fresh fives with one minute remaining, and the Rangers picked up the 58-37 win.

Lowell senior guards Regan Coxon and Emly Depew were the only Red Arrows to find the basket for three and a half quarters, as the two combined for 30 of Lowell’s 37 points. The two thoroughly outworked the Rangers in the post and were able to grab rebounds with relative ease all night.

FHC moves to 11-5 (6-3) and will go on the road again tonight to take on Cedar Springs. The Red Hawks were competitive with the Rangers in the last matchup, but if FHC can play to full potential with the short turnaround period, it should have a great chance at sweeping the series against Cedar Springs.