Nina Nesbitt’s album The Sun Will Come Up, The Seasons Will Change is a great comeback 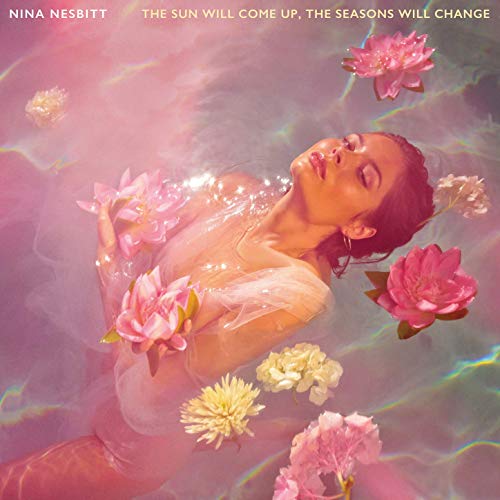 There are so many people who are trying to make it big in the harsh world of the music industry. Actually, quite a few new artists are starting to get their name out there.

I enjoy listening to fresh voices because sometimes music can get old after hearing it non-stop. One new artist, in particular, has gained my interest; her name is Nina Nesbitt.

She has already released an album in 2014 and has many singles. Nesbitt just released her second pop album The Sun Will Come Up, The Seasons Will Change on Feb 1, 2019. Each song is filled with powerful emotions and explains some of the struggles she has faced in her 24 years of life. Her gorgeous voice is so strong yet so sweet.

I think I have become obsessed.

Most of the songs are about heartbreak or rising to the occasion. A multitude of them has either a somber or bitter feeling to them whether it be from the lyrics, Nesbitt’s tone of voice, or the music.

Although the songs are similar, they each have their own element that makes them unique. There are 13 songs in the album, and I have to say, I like pretty much all of them.

One song that I am particularly fond of is “The Sun Will Come Up, The Seasons Will Change.”

Nesbitt explains that life can be arduous, but it will be okay. As I get ready to leave home for a completely new environment, this song gives me strength and courage. It gives me a little push into the future. My favorite lyric is “My life’s uncertain and sometimes strange, but one thing I’ve learned is it won’t stay the same. Even in the darkness I’ll be okay.”

Overall, it is a sad sounding song with the occasional boost of confidence. “The Sun Will Come Up, The Seasons Will Change” is a relatively slow and calm song that slowly grows in intensity towards the end.

There are many songs from this album that I can jam to, but the one I will most likely be singing in my car to is “Love Letter.”

It starts off with a sort of Spanish flare, and then a pop beat is introduced. The revenge-seeking tone of voice makes me want to fight alongside Nesbitt. It is almost like the song is controlling me.

The harsh lyrics and story combined with upbeat music make for an interesting yet compelling sound.

Two other songs that exhibit a feeling of anger are “Colder” and “Loyal To Me.” However, the meaning of each is slightly different.

Nesbitt seems to be mad at people in general in the song “Colder.” In the lyrics, she explains her actions to the people judging her. The speed of the words flowing from her mouth shows great intensity.

“Loyal To Me” is about how the male gender can be cruel when it comes to a female’s emotions. It is a bit calmer, but I can still sense the irritation in Nesbitt’s voice.

The song that really gets my emotions rolling is called “Is It Really Me You’re Missing.” This is about loving and trusting someone who does not necessarily feel the same way. I have not experienced something quite like this, but after listening to the song, it felt like I did. I could feel Nesbitt’s pain. My heart became wrapped in sorrow as I listened to her voice.

The Sun Will Come Up, The Seasons Will Change is a very emotional and exciting album. Nina Nesbitt created a work of art out of her experiences and painful memories.