Ethan Vredenburg spends his time on a diamond made of dirt 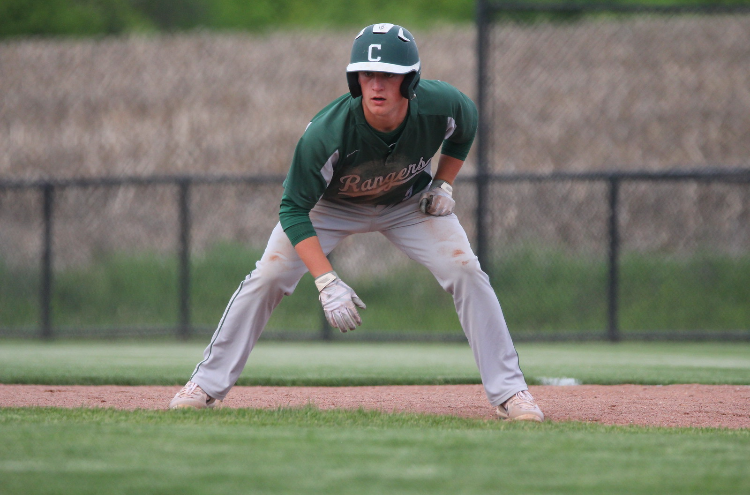 Four bases, placed neatly in the shape of a diamond on the ballfield dirt, surround the pitcher’s mound. Cleanly cut grass separates the outfield from the infield. Two teams throw and hit a white ball decorated with red stitches around the field.

This is what senior Ethan Vredenburg lives for: the game of baseball.

Ever since the age of five, Ethan has been devoted to baseball. His love for the game didn’t start with any crazy story though, just something that is normal for any young boy.

“I just thought it was fun to hit the ball,” Ethan said. “That’s what I [enjoyed] about it.”

Now, it means much more to him. One of his favorite parts may be winning, but that is not the reason he continues to play.

“It gives me a chance to put everything in my life to the side for a minute and just go out and play for fun,” Ethan said. “[I have] always found baseball as my escape from reality, and I just love the game.”

Since baseball is not a year-round sport, Ethan needs to find other ways to stay in shape. When fall comes around, he can be found on the football field, and during the winter season, when he does not play a sport, he lifts weights every day of the week. All of these activities combined take a lot of dedication.

In addition to busy fall and winter seasons, once baseball season rolls around, his schedule becomes even crazier. He is on both the school’s baseball team and a travel baseball team called West Michigan Warriors. He normally plays in about thirty games, not including the playoffs. For at least an hour every day, he either trains or lifts.

With a schedule this busy, it would seem difficult to concentrate on the game, but Ethan manages. Before every game, he sits in his car for about twenty minutes and listens to music. His playlist generally consists of chill rap to set a mood. He also ices and stretches a lot.

During the game, it is a different story; he does not have as many things going on.

“Mentally, I just kind of zone everything else in my life out,” Ethan said, “just for the two hours that I’m playing the game.”

After playing baseball for thirteen years, his nerves have slowly lessened. He used to get butterflies before a game, but now, he is just ready to go. Not much can phase him, even when the stadium is full of people.

“I don’t really notice [all the people],” Ethan said. “We had a game last year against Byron Center, and there were probably two-hundred people there, but you just have to get in that mentality and just focus.”

Not only does he enjoy playing, he also enjoys watching. Whether it be with his dad in the living room or sitting in the uncomfortable chairs of a stadium, he is happy.

“I went with one of my friends [to a Tigers game] I think two years ago,” Ethan said. “They got seats right behind the Tigers dugout. I got a signature from Miguel Cabrera, and that was the most excited I’ve ever been.”

His love for baseball is so strong that he wants it to be a part of his future. The decision to possibly attend Grand Valley State University is in order to continue his baseball career into college. However, that was not always his dream.

“[Being a professional baseball player] was one of my dreams as a kid, to make it to the MLB,” Ethan said. “[I am] kind of a realist so I don’t really see that as happening, but that’s just something I’ve always dreamed of.”