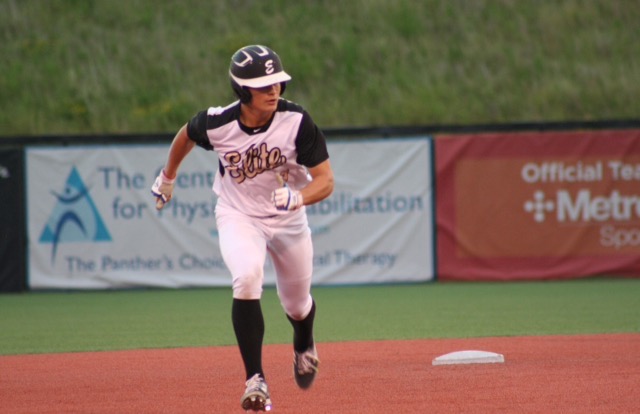 Miko Rodriguez: Swinging for the Fences

It takes a special kind of baseball player to show more than a win and high-level performance.  Someone must not only prove themselves on the field, but also demonstrate the love and passion for this bat, glove, and ball game.  This person must also build strong relationships with teammates, coaches, and themselves to make the game not only a competition, but as a chance to work together as brothers to pull in a victory to check off the list.  This player must also have the drive, self-discipline, and mind-challenging work ethic to make themselves a top-notch performer both on and off the field.

“Baseball motivates me to be a better person,” Miko said.  “I work harder because of the sport and it encourages me to excel to be the best that I can be.”

Currently ranked the third best baseball player and the best outfielder of the 2018 high school class according to the Under Armour Baseball Factory, Miko has always had a gut feeling that baseball would be a huge part of his life and made it a priority to pursue a successful baseball career beginning when he was a child. 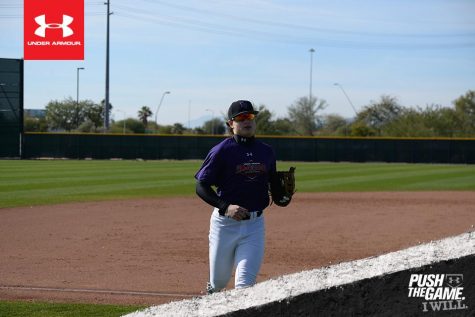 “Playing baseball as a child was always really fun,” Miko said.  “It was stress free and a great chance for me to hangout with my buddies.  It was the building blocks to preparing for now and I always knew when I was older, baseball was going to be a part of my life and I’m glad to be where I am now.”

After school, Monday through Thursday, as well as Saturday morning, Miko spends two hours training at the Elite Baseball and Softball Training Facility to improve his skill on the field as well as to up his game for when college coaches and recruiters look at him.

“I always work hard to gain exposure from the events that I am part of such as tournaments,” he said.  “[When college coaches look at me], there can be added pressure, but I use that to focus.”

As of right now, Miko’s main goal is to play college baseball.  He has been in contact with some major, top baseball programs and he says that it is definitely looking like a possibility for the near future.

“Personally, I just want to reach my maximum potential and play at a Division 1 school,” Miko said.  “I do my best to be hardworking, willing to put in the extra effort, always trying to work one hundred percent of the time during a game, and remaining confident, focused, and relaxed.”

Miko plays as an outfielder, one of the three defensive positions. He will sometimes pitch as well; however, Miko explains that playing as an outfielder is where he believes he will gain the most improvement to be the best performer he can be.

Right before a tournament, Miko explains that the importance of teammates and bonding is what makes a game so much better.

“It’s always important to hang out with the guys right before a game,” Miko said.  “We do our best to get some team chemistry going and then we begin to focus and get ready to play.”

Miko explains that he has been playing with a few of his teammates as early as the age of twelve.  This has allowed him to grow bonds that have deepened over the past few years which makes the games more enjoyable and rewarding.

One particular teammate, Sophomore Nathan (Nate) Doolittle, has been by Miko’s side since kindergarten.  These two have become lifelong friends and have been expanding their baseball careers together.

“He’s always trying to make himself better as an individual and as a teammate,” Nate said.  “He always does his best competing to make everyone on the field even better.”

Explaining that he believes Miko can go as far as he wishes to because of his talents as well as his drive, Nate also described him as a person.

“During a game, [Miko] is usually pretty serious,” Nate said.  “However, if there’s ever a situation where you need a hand, he’s the kid that will make you laugh.”

Nate also explained how Miko is when college recruiters are watching him play. 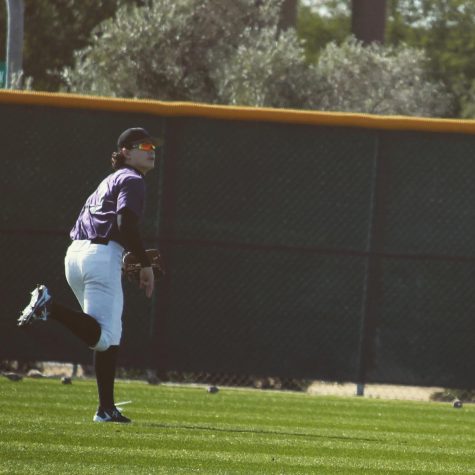 During Miko’s freshman year of high school, he was immediately placed on the the Varsity Baseball team after tryouts the spring of 2015.   Miko explains that being around upperclassmen on the team was a great opportunity to make new friends as well as a chance to easily adjust to a competitive, high school level.

Only coaching and knowing him for one year, Varsity Baseball coach Mark Rasmussen commented on Miko’s athletic abilities and mental willingness.

“Miko is a very talented player,” Rasmussen said.  “[He] has the ability to play at the highest level.  He has all the tools to be the best around [and] he can run, hit for power, throw, and steal bases.”

Rasmussen also explains that Miko is a very good teammate because he leads by example.

“He is very quiet, but very determined.  His teammates look up to him,” Rasmussen said.

Lastly, Rasmussen described Miko as someone who matured over the past year and is looking forward to coaching the hardworking and always improving player for a second year.

Elite Baseball coach Dan Taylor has grown a strong relationship with Miko.  The two have been working together for the past two years through Elite’s summer travel baseball programs.

“I believe Miko has a great and bright future ahead of him,” Taylor said.  “He has not only made things happen on the field, but he has set and even better platform for himself in the classroom.  He is extremely intelligent and [pushes] the envelope with his academics and that has had a huge impact with his ability to draw attention from colleges across the county.”

He continues to explain Miko’s potential that it is a question he receives often.

“Miko’s potential is limitless at this point,” Taylor said.  “Honestly, you can’t put a description or number on someone’s potential.  It all comes down to how long they want to do something and how much they are willing to do in order to achieve it.”

“The awesome part about what I get to do is interact with kids like Miko to help them attain their hopes and dreams,” Taylor said.  “We work a lot on next level thinking and what it takes to be successful [there].  The sooner athletes can begin to understand how well they can perform, their current level will as well.”

Miko’s personality, interaction, and enthusiasm on the field are key roles in how he performs as well as his leadership skills.

“Miko is dynamic in the fact that he can lead by example and also lead vocally,” Taylor said.  “Usually, athletes are [either] one or the other, but Miko exudes characteristics of each.  He understands that you cannot take plays off and you never know who may be watching so he is always putting forth good effort.”

There are many factors that set Miko apart from other players, however, Taylor says that they are hard to find in high school athletes.

“Beyond Miko’s physical appearance, he has a mental approach and focus that is rarely seen,” he said.  “He has the ability to take himself to the next level with his focus and that will continue to set him apart from the top players across the country.”

Taylor enjoys Miko’s outlook on life as well as his energy.  He explains that Miko is surprisingly calm and collected and others enjoy watching him play because he “makes things happen” with both his energy and intelligence.

“[Miko] has gone from the undersized, less than average talent player to the standout player,” Taylor said.  “None of it has come easy and he is always pushing to the next level so that others never settle for where they are at as well.” 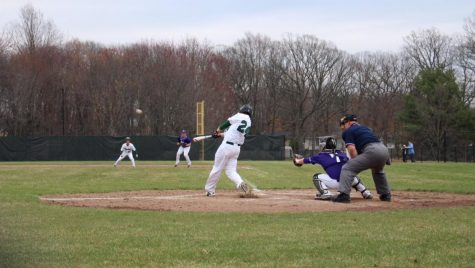 Growing up with three younger siblings, Miko always tries to be a role model with hopes they will follow his footsteps.

“I was the first kid in my family,” Miko said.  “I always want to set a good example, but still have a really good time by allowing baseball to be the main focus.”

When asked about his biggest influences, Miko explained that his father, Pablo Rodriguez, played a huge roll.  He graduated high school as an All Conference in baseball and then continued to play at Grand Rapids Community College.

“I’ve worked a lot with my dad,” Miko said.  “He’s done a really great job of preparing me and training me to be where I am. “

Miko was also asked about his biggest inspirations.

“It’s always cool to see pro-guys and college players come back [to the facility] to work on their skill because I get to work alongside them,” Miko said.  “They come from the same place I do so, if they can make it, I know I have a shot.”

When thinking about younger children wanting to play baseball who wish to have the same skill set as him, Miko offered advice.

“It’s important to have fun and keep an optimistic look on everything,” Miko said.  “Never take the good out of anything you do and always try to improve on what you’re not good at.  Most of all, baseball is a game and it’s important to treat it like that.”

The greatest challenge for Miko has been growing up with the game because every year, he must make a certain amount of improvement to his game because competitors are improving as well.

“If you don’t improve with the game, you’ll be left behind,” he said.  “I have to keep on working to get better with the game because it always speeds up and if I don’t speed up with it, I may lose [what I’ve worked for].”

When it comes down to it, there is not a player out there who has the same drive, skill, and mindset as Miko.  If he continues to work hard, the future will have many open doors and possibilities for him which will only lead to a success of him pursuing his dreams and goals.

“In ten years, I see myself as still being a part of and learning the game,” Miko said.  “No matter where I end up, I will always be a student of the game and will strive to be the best I possibly can be.”

To check out Miko’s ranking with the Under Armour Baseball Factory, you can visit: