Ferris Coffee was an unfortunately dismal experience for me 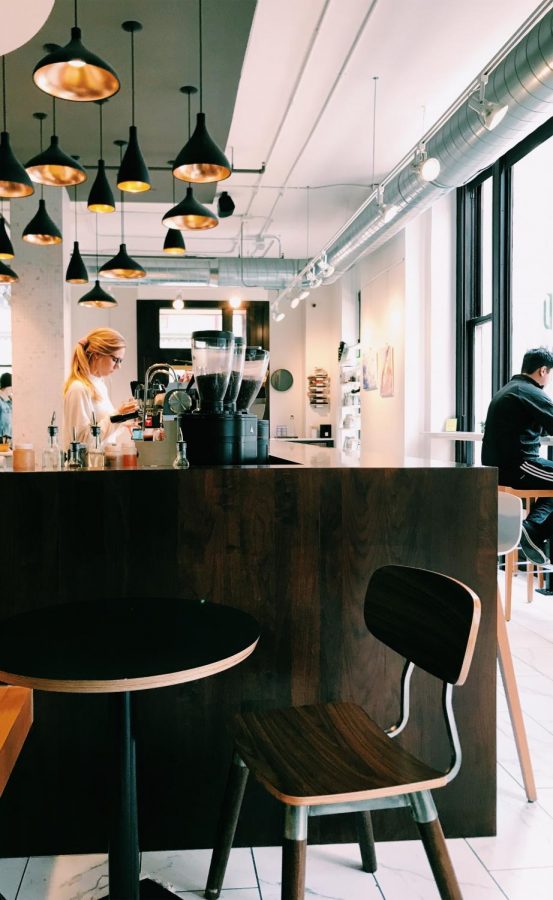 I’m all about second chances. If at all possible, I try to give people, places, and things the benefit of the doubt, usually cutting them some slack after a bad first go.

With that being said, unfortunately, my most recent visit to Ferris Coffee did not merit another one, leading me to the conclusion that there would be no second chance.

Parading as a tasteful yet hipster hub for coffee and tea lovers, Ferris Coffee entices passersby with its modern interior and open atmosphere, while sitting amidst the downtown foot traffic on the corner of Pearl St. and Ottawa Ave. in downtown GR. Like many others, I’m sure, my attention was captured by the corner cafe, alluding to a mystery and treasure hidden within. On the contrary, what I found inside was less than satisfactory and exceedingly underwhelming.

Now perhaps, I simply caught Ferris Coffee on an off-day and managed to choose the one item on the menu that is less than perfect. No matter the situation, though, it didn’t strike me as a place that would do much to enhance my initial reactions and experience. 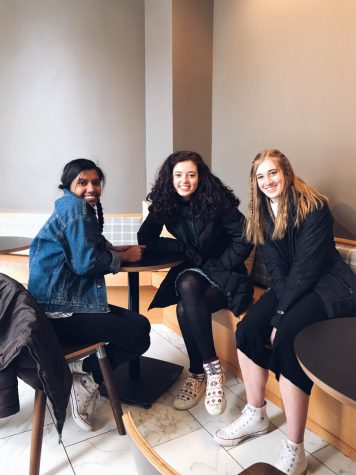 A quick skim of their short yet expensive menu inspired me to want to go out on a limb and try a drink that wasn’t your average cup of joe; it was a choice that ended up being my first mistake. As someone who often frequents coffee shops, I’d heard of matcha and different drinks you can make from the ground-up tea mixture, never hearing good reviews– but that’s beside the point. At Ferris, their matcha came in the form of a latte, which I got sweetened at the recommendation of the kind barista at the fairly steep price of $5.

To be honest, she did give me a fair warning that matcha drinks can have a grassy, grainy taste, usually only if they aren’t sweetened, or so she said. Taking her advice and heeding her warning, I ordered their Matcha Latte with high hopes and expectations that I would find the drink to be unique, if not extraordinary.

I sat in a state of anxious anticipation, awaiting the adventure that I was sure the drink would somehow hold and taking in my surroundings. The space, adorned with funky light fixtures and comfy furniture, was surprisingly pleasant, although somewhat deceiving. I was grateful for benches with plump pillows which made relaxing and spending time with friends all the more enjoyable.

Snapped back into reality, when my drink was called from the counter, what I was met with was a vaguely ominous, emerald green drink with latte art beautifying the surface. In those next few minutes, the barista’s initial words of advice would be ringing in my ears, reminding of me of my ignorance.

Crinkling my nose in apprehension, I smelled it and took my first sip– and instantly regretted it. Grassy scents and flavors invaded my senses, strangely making me feel like a cow. Now, if I were a cow, I would’ve been in utter (udder?) heaven with the matcha drink, savoring every moment of it; on the other hand, I am most definitely not a cow and found the experience utterly distasteful. I can only use my imagination, but I believe that the drink’s taste was not dissimilar from that of hay, which is a flavor I can’t say I enjoy.

Besides the false expectation I had, the gross latte, and the overly priced items on the menu, I actually had a relatively pleasant experience as I had ventured there one afternoon with friends. Take away the friends and the comfy furniture, though, and I would say that my experience at Ferris Coffee was a complete failure.