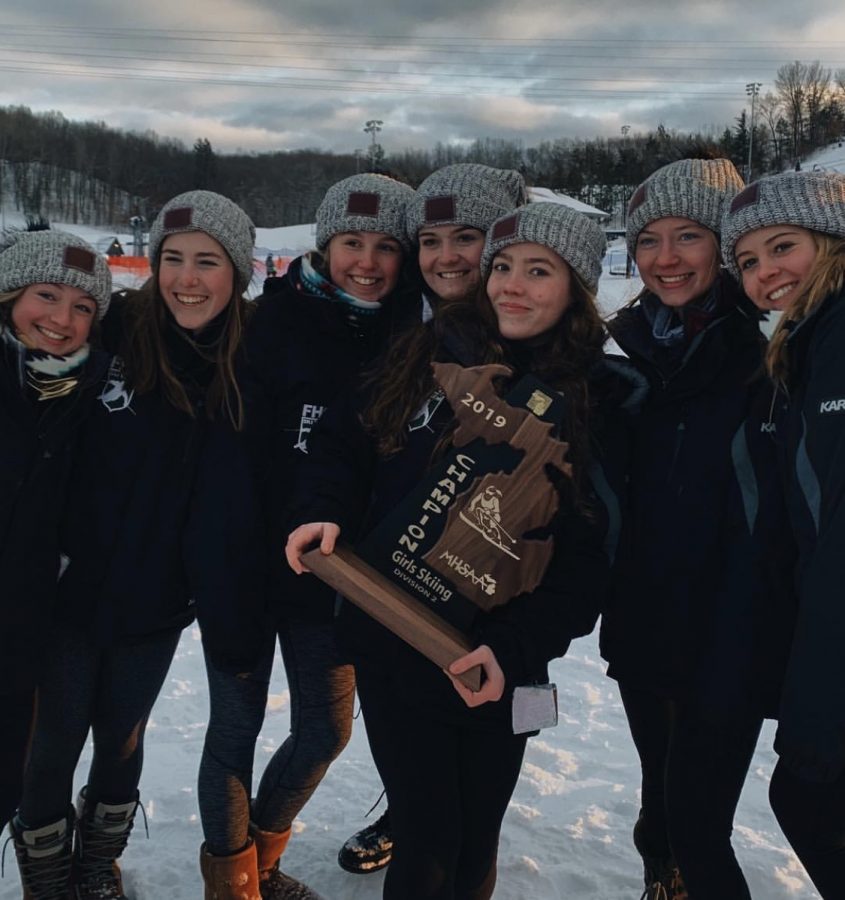 The Forest Hills Central girls ski team was led to a highly-successful season by senior captains Kayley Reynolds and Courtney McAlindon and her sophomore sister, Abby.

“Courtney was definitely the best racer all around for our team, and she skied incredibly well all season,” Abby said. “She was always an inspiration to watch and always a great teammate.”

Courtney and Abby were a sort of dynamic duo that you don’t see every day. These sisters went out and continuously placed in the top four for their team in practically every race.

The McAlindon sisters have been racing together in high school for the last two years on the varsity team; however, their time together has come to a close now that Courtney’s high school career has ended.

“Courtney continuously showed me what high school skiing means and how important this team truly is,” Abby said. “I will definitely miss her and all of the other seniors; they just brought so much energy and confidence to the team, and they always pushed me to be a better racer.”

“It is very sad knowing that this is the last time I will ever race,” Grace said, “but throughout this whole season, I knew that I needed to stay focused and end my four years of high school skiing on a good note.”

The team will be experiencing a dramatic loss next year, as the senior class, led by captains Courtney and Kayley, made up nearly half of the team. However, the Lady Rangers have a lot of young talent that will be key in helping them build the team back up next season.

“The 2019 class of senior girls will be remembered for its dominant run that put the FHC girls ski team on the map,” head coach Thomas Sabin said. “This group of seniors, led by two-year captains [Courtney McAlindon and Kayley Reynolds], was part of four consecutive conference titles, three consecutive Regional titles, and the 2017 Division 2 State Championship; they will be missed tremendously.”