Boys varsity ski team looks to next season for success 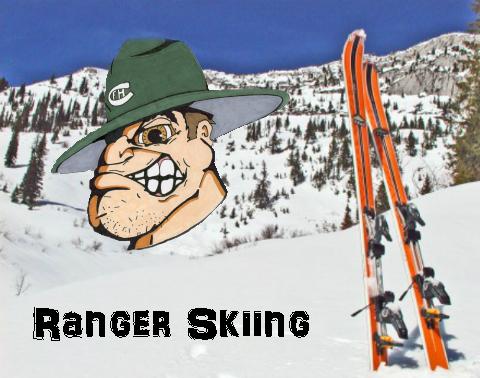 Senior Noah Stout led the Forest Hills Central boys varsity ski team this entire season. While he may have not been the top racer in every race the Rangers competed in, his impeccable leadership was game-changing for the team.

Noah has been part of this team since he was a freshman, and the captains before him were a huge motivation.

“Growing up with this ski team, the team has always been led by fantastic role models,” Noah said. “They showed me what it meant to be a good leader, and it’s definitely something I’ve tried to emulate as a captain myself.”

Since the boys ski team was on the young side of the spectrum this year, it was extremely important that Noah and his fellow co-captain, senior Nathan Jenkins, take control. While this season could have been considered a rebuilding year for this particular team, the Rangers walked away from every race having earned respectable individual placements.

“I was very proud to see all of the improvement these athletes had throughout this season,” head coach Thomas Sabin said. “The boys captains, Noah Stout and Nathan Jenkins, led the team this season and helped lay the groundwork for the younger boys to be very successful over the next couple years.”

As a team, the Rangers did not have many first-place victories; however, several memorable moments were made by individual skiers. During his Giant Slalom race at Caberfae, junior Sam Werkema took sixteenth place; then in the Slalom race, he took tenth, which was a huge moment for the boys this season. Also, Nathan’s ninth-place finish in the Slalom races at Caberfae had a huge impact on the boys’ confidence going into their final races of the season.

“I felt really good about my performance after the Caberfae races,” Nathan said. “I’ve never skied like that before, and I really felt more confident in my abilities knowing that I had the potential to be in the top ten in more races going forward.”

Even with a rebuilding season this year, the FHC boys ski team should not be overlooked; it will be returning three varsity skiers, and several underclassmen are expected to step up in the future years. However, there will be big shoes to fill, as both of the captains graduate.

“The ski team has definitely taught me more about myself; it is very bittersweet to have it come to an end,” Noah said. “Reminiscing on the last four years of skiing and acknowledging that it is over is tough, and it’s good to see that since my freshman year I have had tremendous growth as a skier.”