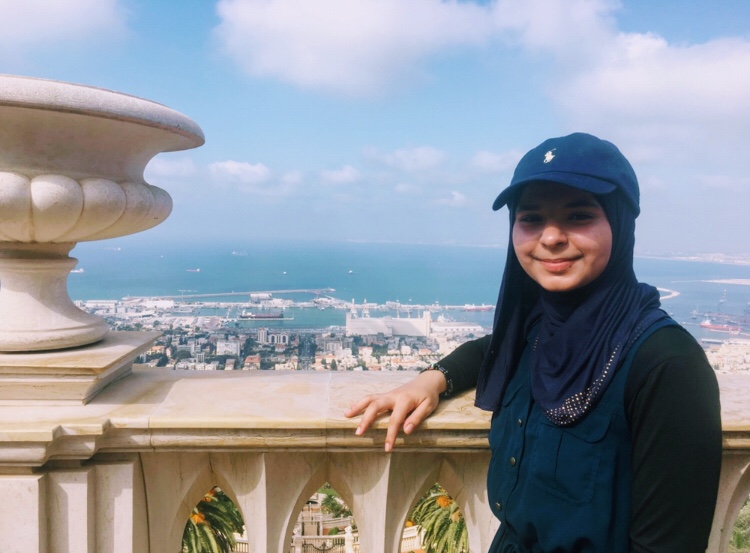 Sophomore Aseel Ayesh finds herself torn between two of her homes, separated by water and a few thousand miles. Born and raised in Michigan with family in Palestine, she traveled back home last summer to remain connected. Aseel’s connection and adoration for Palestine prove that the draw to home is stronger than any mileage.

Although having taken trips to Turkey, Jerusalem, and Saudi Arabia in the past year, Aseel fondly remembers visiting her home for the first time since she was ten as one of her favorite parts. Here, in the town where she spent the majority of her childhood, she revisited her relatives that nearly run her entire hometown.

“There’s this one town, [Burqa Ramallah], and it’s all [my] relatives,” Aseel said. “It’s creepy; it’s so weird because we’re all connected in some way. When we’d go down the [street], you’d [see] people be walking, and they know you. I obviously didn’t know any of them, but it was kind of interesting pointing out [that someone] is your great, great uncle or something.”

Even though she is intertwined with both her known and unknown relatives, Aseel has only spent a few years growing to know the culture and her family’s history. Because Aseel lived in Ramallah for just three years when she was in elementary school, the draw to regain the surreal effect that the town has on her was a large incentive to return.

“It’s always great seeing people over there, in the city where I live,” Aseel said. “It’s the entire environment over there [that I love]; it’s really different than here. I like it–I wish I was there right now. I’ve always felt like I’m supposed to be there.”

While she returns to Palestine to visit all of her older cousins, which she mentions “was strange to see how they grew up so quickly and knowing that certain things probably changed,” Aseel remembers how important the trip was in increasing the closeness of her direct family members as well.

“It was nice traveling with my family because we don’t spend much time with each other since we never see each other, often due to the hard studying we do for school,” Aseel said. “My dad comes home late from work, so the only times we really see him is during the weekends. So, it’s nice to just spend time together. It was kind of a family bonding-type of moment.”

Although Aseel is familiar with Palestine, going back home was not only a chance to gain knowledge of the culture but also the opportunity to return to all she left behind. However, when she was finally able to return, she realized just how much it had changed while she was away, the environment had altered around her.

“It was almost the same, but there’s this one thing that I just really didn’t like: going back and seeing how the people changed,” Aseel said. “The culture kind of changed and people were more in the technology world. It was different because when I grew up there, people would go outside and play around with a ball, and now, it’s just inside, fighting over an iPod or a phone.”

Aseel felt what it was like to come home to a changed atmosphere, and although it is to be expected, it does not make the transition any easier. Despite the differences from when she originally left, the consistencies proved to be enough to remind her of why this was her home: the people, the culture, her town.

However, these similarities that she left behind are not always pleasant. While returning to Palestine, Aseel was greeted by soldiers at different checkpoints, reminding her all that had and continues to occur inside Palestine. She recalls a specific time during her most recent stay when she and her sister were denied entry to a checkpoint because they did not have a ticket that would allow them entrance. They were scared and questioned by the soldier as they boarded their bus.

And yet, however frightening it should have been, Aseel has become used to these scenarios and attempts to make ease of them. Keeping in mind the severity of it all, she does her best to take nothing personally but rather simply accept these incidents as they come.

“It was kind of scary, but even though I knew the risk, I was like, ‘I still want to stay here –I don’t care,’” Aseel said. “I’m tied to [Ramallah] right now. I really want to be there. It’s where I spent most of my childhood.”

Aseel’s love for the markets on the street and the atmosphere of her town remind her of “Los Angeles, but in a different way.” The streets are filled with “an explosion of sounds of people,” with booths crowding them containing fresh produce. These wonders that she wakes up to every morning seem to cover any negative connotation Aseel may have of Palestine.

For Aseel, she loves her home in Palestine for everything it is and embraces it all fully, regardless of the dangers that are prevalent.

Those streets, those markets, those people– they all add to place where Aseel calls home.

“[Palestine] for me, feels like home,” Aseel said. “I don’t know. It just always felt like home. There’s this feeling in me I can’t explain, but it’s a feeling that’s where I belong. The atmosphere in the air, the culture, and [Arab’s] love to their traditions is unbelievable, and I love that.”