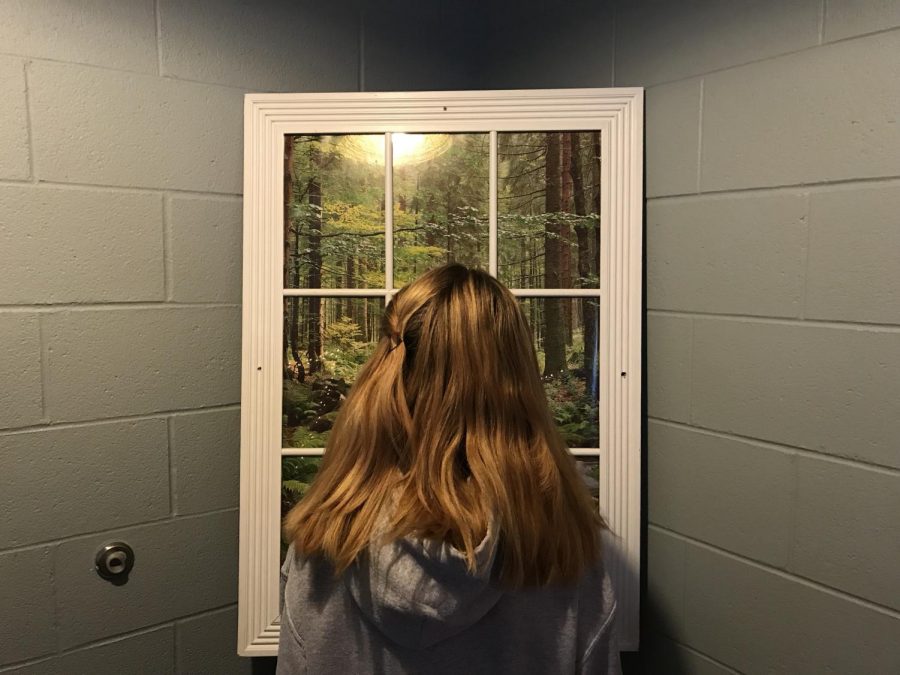 My realization of the importance of self-care

There was one specific moment when everything came together, almost as if a simple thought strung all of my disarrayed ruminations into a cohesive reflection, one that nearly devastated my spirit.

Carrying a cup of coffee and the weight of restless grit, I once was walking through my living room and abruptly stopped at the edge of my window. The sky was blue for the first time in weeks, and it wasn’t the disappointing, ersatz blue-gray that’s often interrupted by clouds, wind, and dim rays. It was real and genuine, and it threw me off-balance.

That’s when it hit me that I hadn’t left my home in three days.

I had spent the last 72 hours disregarding the passage of time while I was seemingly knee deep in school work, most of which grabbed a hold of my mind, dragging my brain through a gravel road composed of reluctance and dread.

Maybe it was my stubborn determination that continuously pushed me to take each step forward, striving to find comfort in a mirage that defined success. However, I didn’t exactly know what I wanted to “succeed” in; I just blatantly feared to fall into the drudges of something unknown.

I feared not being able to keep up at the heels of everyone else around me, so I ran faster than I could handle.

My appetite for success thrived in my dry, hidden land. My ample hard work led me down a road where I faced some successes, but these successes had bleak side effects that slowly eroded my energy and ambition.

My appetite for success hankered for more, and as I could only go so far, it slowly began eating away at my mind as an act of starvation when I couldn’t move forward.

I spent too many sleepless nights with a pen and a cup of coffee as my only companions, and eventually, the taxing effects of overworking my mind while suppressed from blue skies took a visible effect on my happiness.

My restless determination caved in as I lost my energy, and I felt it lousily drooping everywhere I went.

Minds need to breathe too, despite their absence of lungs. ”

I eventually realized that in an attempt to reach some sort of success, I had consequently failed to maintain a sense of joy in what I was doing. How could one possibly succeed without being happy? That is not success; it is a stamp of an inane accomplishment. Because without a sense of honest joy, all of the hard work is meaningless. It means nothing.

At the time, I needed to reconcile my relationship with happiness. I needed to step outside and relinquish myself into the clear air and soft, sapphire sky, bypassing my list of tasks and suppressing my plangent thoughts for at least a moment.

I realized that giving up isn’t necessarily the answer but neither is giving everything away.

Sometimes stopping to take a moment to breathe is imperative. Minds need to breathe too, despite their absence of lungs. Because without breath, people are surviving and not living, as they are stuck behind their windows, suffocating.

Without breath, people are simply living in a world composed of only pseudo-blue-gray skies, ones often interrupted by clouds, wind, and dim, lifeless rays.