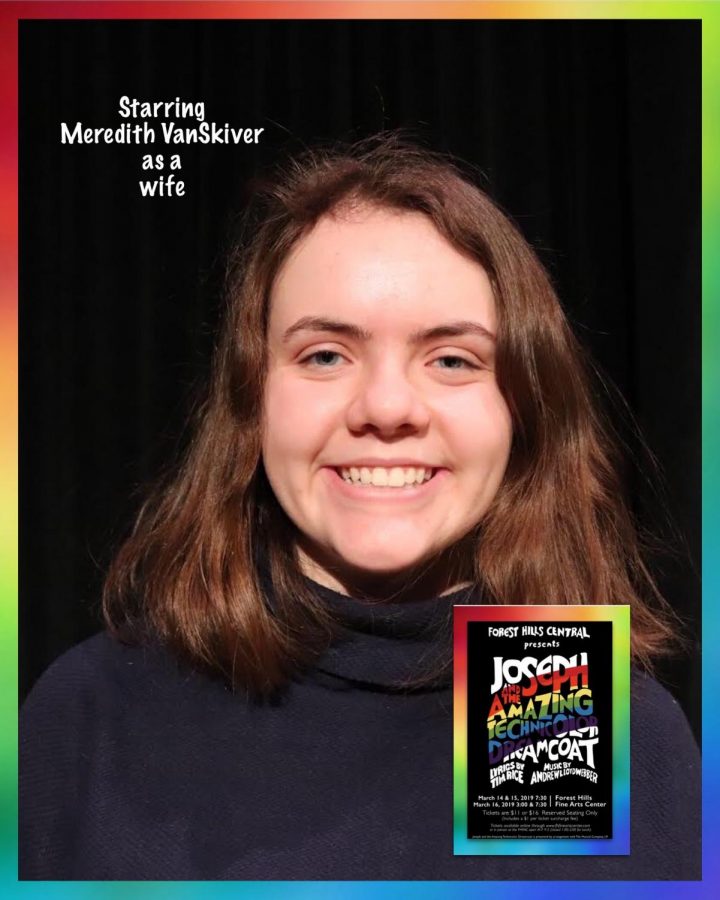 1. Have you ever been in the musical before? If so, for how many years?

“I’ve never been involved in FHC Theatre before, so this is my first year!”

“I’m most excited to show off the months of hard work that the entire cast has contributed to.”

“My role is Gad’s wife which isn’t too different from the ten other wives in the show. However, I think as a group, we all fit very well because we can all fall into character easily and aren’t afraid to have fun.”

“Getting to meet so many wonderful people that I am now so close with [has been my favorite part]. It’s crazy that there used to be a time where I didn’t talk to these people every single day.”

“I was very surprised at how fast-paced the show is. It has just as many, if not more, songs than any other musical FHC has done, but because there is no dialogue in between, the show goes very quickly.”

“In the very early stages, we were given a great multitude of choreography in one sitting and had to quickly pick it up so as to not fall behind. The snow days also proved to be challenging for rehearsals.”

“This experience has impacted my high school career in an insanely positive way. I have never felt this close to a group of people or more proud of a combined effort ever in my life before.”

“To see 36 high schoolers and 43 kids having the time of their lives on stage [is what the audience should be most excited for.”