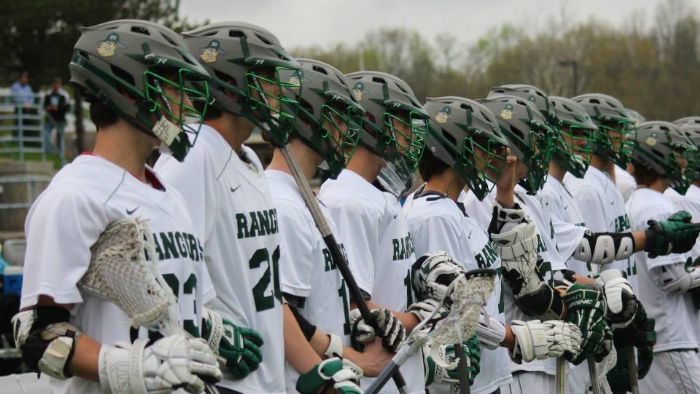 Coming off of a year with one of the most impressive rosters in FHC lacrosse history, the team that finished 19-2 and with a State Runner-up banner in the rafters returns some of the same talent that led the team last year.

However, the Rangers lost some key seniors after the State Championship loss to East Grand Rapids last year. According to head coach Andy Shira, the Rangers lost “quite possibly the best player to come through Michigan high school lacrosse in Bryce Clay.” After graduating impactful seniors like Bryce, who is now playing at the University of Michigan, and Kyle Basch, who is playing at the University of Indianapolis, some people might expect that a rebuilding year would be in order.

“We never have a ‘rebuilding year’ in this program,” Shira said. “Our youth program does a great job at teaching guys at a young age and developing them so we can just reload at the high school level year after year.”

This year, the Rangers retain many of their starters from last year. Senior Tate Hallock, a returning All-American, can play a multitude of positions and will fill in wherever needed for the team this year. On the offensive side, senior Luke Majick will become the focal point of the FHC offense with the loss of last year’s offensive powers.

“On the offensive side of the ball, we lost a lot of great players,” Luke said. “Although, there are four returning four-year varsity players who can show some good leadership and hopefully make up for some of the inexperience on the team.”

Defensively, the Rangers only return two starters. Seniors Jack Nolan and Cam Deines are going to be relied on heavily to teach some of the younger and less-experienced players the ropes.

Jack and Cam will need to get everyone on the same page soon, as the boys start off the season with a rigorous schedule early on. With games against Carmel (IN), East Grand Rapids, and Brother Rice all within the first month of the season, the Rangers will need to start off with some early wins in order to generate some momentum for what could be a very special season.

“We’re going to prepare like we do every game, regardless of the opponent,” Shira said.

Last year, the Rangers did just that. With big early-season wins against Carmel, EGR, and St. Mary’s Prep, the boys learned to take things slowly, focusing on one opponent at a time.

Not only do the Rangers have a difficult early-season schedule, but the second half is just as hard. With games against the defending Division 1 State Champion Detroit Catholic Central, the defending Division 2 State Champion East Grand Rapids, the number-one ranked team in the state in Brother Rice, and the sixth-ranked Rockford Rams, the Rangers must remain calm and be confident after beating some of those very teams last year.

“We just want to make sure that we’re taking it one game at a time,” Shira said. “With a schedule like ours, playing against the best teams in Michigan and some of the best in the Midwest, we can’t afford to look ahead to one game over another. If we do that, we’re going to find ourselves in trouble.”

Even with one of the hardest schedules in the state, expectations for this year are high.

“For this season, the expectation is always the same, and that is playing to win the State Championship,” Cam said.

That expectation is a realistic one, too. It’s not a goal that is just talked about by the players, either; coach Shira talks about it too.

The Rangers will kick off their campaign for a State Championship on Wednesday against Haslett/Williamston before taking on Carmel that weekend. These early tests will show what this team can truly accomplish this year and how special it can be.