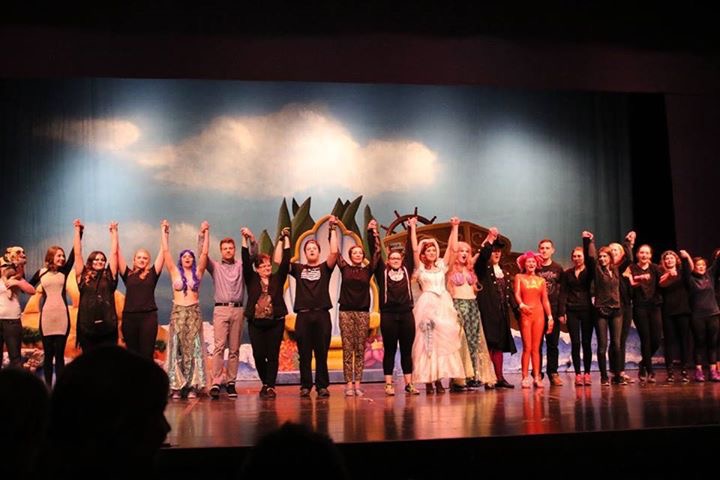 A Day in The Life of a Theater Crew Member

The theater is a place where I feel at home. I feel welcomed and that I can be myself. Although I was not on the stage and under the lights during this weekend’s performances of The Little Mermaid, I can tell you all about what happens backstage in what we affectionately call the “dungeon.”

If you have no idea what a “call time” is, here is a short definition. A call time is the time that the actors, crew and directors have to report to the theater. This is usually the time when everyone is seeing how the day will go and if the vibe is going to be good or absolutely terrible and it is going to be a train wreck. Thankfully, our vibe during The Little Mermaid was never headed towards train wreck city. At this time the crew could either head to the green room and relax or, for the makeup and hair team, this meant heading to the basement of the Fine Arts Center that we like to call the “dungeon.” As we filed into the dungeon, we would report to our wing and set up shop, meaning brush out the wigs, find the makeup we need for certain characters and try to collect at least half of the bobby pins we need for that day. After we had set up and were ready to start the day, the cast would begin to file in and take over their wing.

At this point in time, all of the crew members that did not have to report at 4:15 will start arriving and taking their honorary spots in the green room, where the food is. 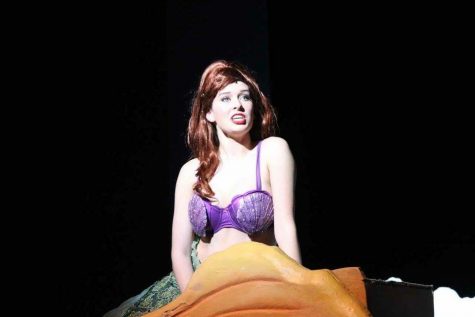 From 6:00 to 6:30, the cast gets into their costumes and goes up to the stage to get their mics put on by the mic crew. If you do not get your mic put on at this time, only God knows what will happen to you.

After the cast has been Mic’d, it is time for a mic check. This is where the cast is onstage reciting lines and parts of songs until the mic crew has heard enough and they decide that their mic is ready for showtime. If it is not, they have to keep repeating and repeating themselves until the mic is stable and raring to go.

These are a very vital part of the pre-show warm up. (Although it is pretty self explanatory, I will explain it.) At this point in time the cast retires to the multipurpose room to warm up those crucial vocal cords, because in a musical the actors must be able to sing.

Everyone can hear the murmur of the crowd and you can feel the nervous tension floating in the air. The actors in the opening scene are taking their places, the props are being set up, and everyone is getting ready to put on a memorable show.

The curtain is about to rise and the spot girls are ready to go. This is the time that we have all prepared for over the course of the 5 hour rehearsals, the butchered wigs that have not seen a wink of daylight, and the vocal rehearsals that had the potential to blow the minds of the crowd. 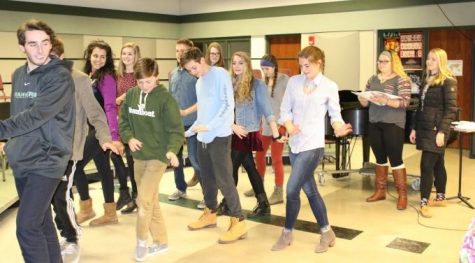 Overall, The Little Mermaid was a major hit. The program sold out three of our four shows and they all went off without a hitch. This was a major accomplishment for the entire theater program, as well as the cast and crew. If you did not get a chance to join us at one of our performances, be sure to make it out to a show next year. I promise, you won’t regret it.