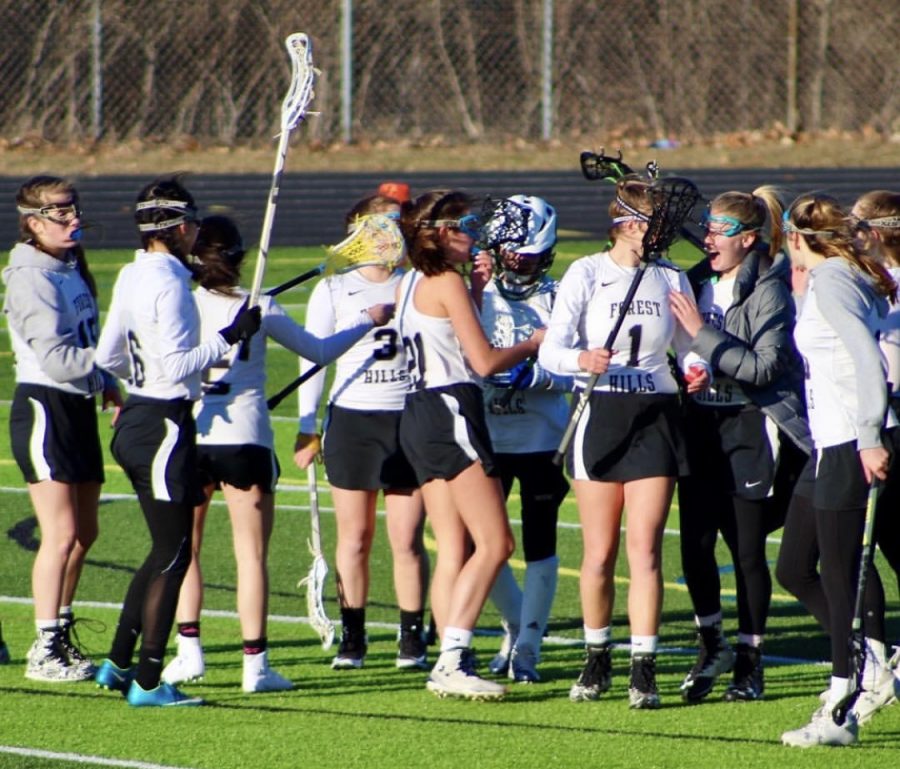 The Forest Hills United girls JV lacrosse team headed into this weekend’s games with a clean slate. The girls competed in their first four games of the season this past Friday and Saturday and went 4-0.

On Friday, in its first game of the season against Mattawan High School, the team destroyed the opponent to win 15-0. Freshman Sofia Debano had a stellar game, as she scored 5 of the team’s goals in addition to facilitating several other scoring opportunities. The team took on Mattawan again the next day and defeated it 10-0 for the sweep. Freshman Kali Coppess was a huge impact on the team by scoring 3 goals, and Sofia scored a hat-trick in that game as well.

The team competed against Portage High School on Saturday to secure another win with a score of 8-0. The team’s leading scorer was Sofia with 2 total goals. Kali also had a very impressive game and was able to hold the opposing team to 0 goals on defense.

The girls’ last game this weekend was against Okemos High School, and it was a nail-biter. The team went on to narrowly defeat this powerhouse of a team with a score of 6-3. Kali, once again, helped out tremendously on defense.

The team’s next game will be this Tuesday, March 26 at home, as it takes on the Grand Haven Buccaneers.