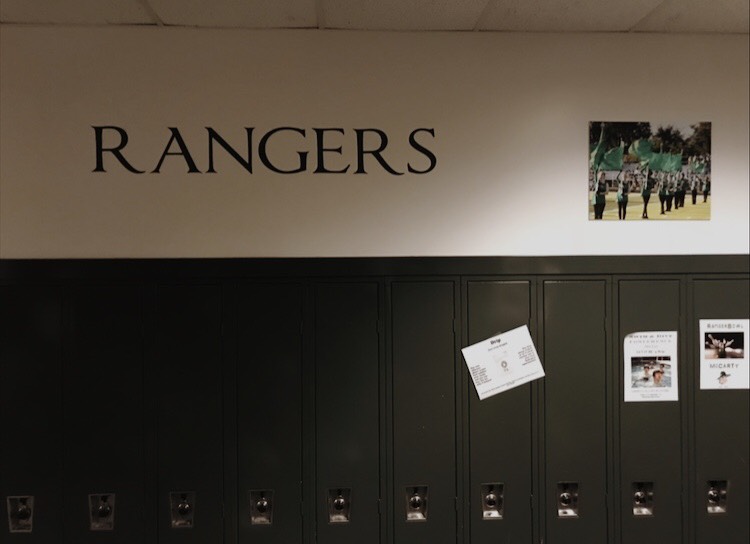 *To purchase a picture, email [email protected] with your name, a description of the picture, and the location of it*

As English teacher Ken George meandered down the hallway of another school approximately one year ago, he admired the array of students’ pictures on the wall. He appreciated the embodied positivity it brought to the hallways, and the prominent difference between the colorful hallways of that school compared to FHC’s once plaintive, impersonal walls became clear at that moment.

Inspired by that moment of clarity, George proposed to principal Steve Passinault the idea of having pictures of students perched above the school’s lockers, hoping it would bring positivity and pride along with it.

“I think that all of the teachers thought that our halls were very white, very plain,” George said. “Putting pictures of students that go here adds some school pride. Kids are able to see that we care about them.”

When the idea was suggested to Passinault, he eagerly accepted it. With the help of George’s management of the task and photographs of students from FHC parent Tricia Donovan, the pictures eventually found their way up onto the school’s walls.

The photographs feature a manifold of students caught in a diverse number of activities. This characterized inclusion is one way that Passinault believes the pictures benefit the atmosphere in the school.

“[The staff has] talked for a long time about how school hallways can get kind of sterile looking,” Passinault said. “We have a couple of resources of being able to get pictures from a wide range of activities, and that was what we wanted to make sure of, that it wasn’t all sports. It included classroom situations. It included fun pictures and all kind of stuff.”

The effects of having inclusive photographs around the school have been salient in different ways. George claims that the first day the pictures were hung up, he “noticed students stopping and looking.” Whenever students “stop and look,” George hopes it sends out a message—one that shows that the staff notices and cares about the students.

“I think there’s been a general push since Mr. Passinault has been the principal to improve school culture and togetherness and the idea of what a Ranger is like,” George said. “We talk a lot about school culture and just trying to let all students know that we care about them and that it’s a friendly place.”

One day, as George was admiring the pictures, he came across one of his son playing basketball, and he realized that he wanted to keep the picture for himself. This inclination for the photograph provoked yet another idea; George decided he wants to begin selling the pictures to students and their parents for ten dollars.

“I was literally walking through the hallway, and I saw a picture of my child up on the wall shooting a basketball,” George said. “I thought to myself, ‘I’d really like to have that picture.’ I also just thought it was weird having pictures up of people that don’t go here anymore.”

By selling the photographs, it simultaneously accomplishes two objectives: maintaining up-to-date pictures of students and passing along pictures that people would enjoy of themselves or of their children.

Passinault once again fully supports George’s idea, and he claims that he “couldn’t think of any reason not to” sell the pictures, alleging that there’s “no negatives” in his mind about the motion.

Several students also admit that the photos in the hallways bring life to the school by brightening up the brick walls. Specifically, junior Alexander Hahn believes the photos “change the monotony of the walls” and “instill pride,” and he supports George’s plan to sell them.

“You’re not in high school forever, so you’ve got to live it up and enjoy all of the moments,” Alexander said. “So it’s a great idea to be able to sell [the pictures] to the students just to give everyone something to remember.”

The money that will come from selling the photographs will ultimately fund the placement of new ones featuring current students. By accomplishing this, the school will be able to continue the rotation of up-to-date pictures, and, therefore, continue maintaining a positive environment.

George hopes that he can maintain positivity through small actions, and the pictures in the hallways are one way, among many, to do so.

“I think every little thing you do— from giving coffee to all of the teachers on Friday, to kids getting a free donut, to pictures of students in the hallway—adds a little bit more to the positivity in the building,” George said.