Wallows’ first studio album was everything 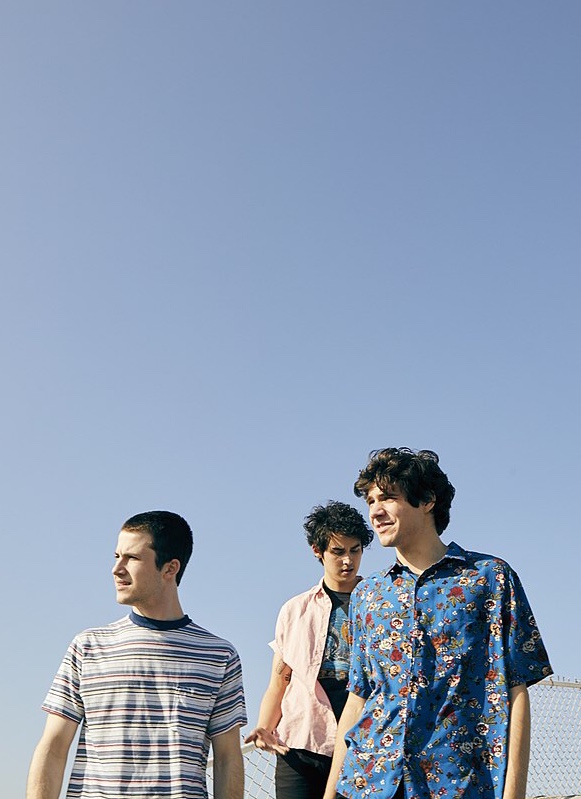 In Wallows’ first studio album, Nothing Happens, everything happened.

From dance-worthy tunes to mellow melodies, to contradictory lyrics and sounds, their debut album encompasses everything I love about Wallows: their infectious sound and lyrical mastery.

The first track, “Only Friend,” was a mere glimpse into Wallows’ subtly impactful lyricism. Shrouded by transfixing guitar riffs and euphonious vocals, the depth of the lyrics goes unnoticed during the first couple of listens. Distracted by the catchy beat and enrapturing synth, it’s hard to hear what’s being sung, but when I paid close attention to the words—by intently listening and, I’ll admit it, looking up the lyrics—the message behind the deviously deep lyrics becomes crystal clear.

And it’s a bit of a heavy one for the opener of the album.

Dylan Minnette, the lead singer of the band, articulates how lost, broken, empty—the familiar feelings that accompany a lost lover, or even an absent friend—he feels without an ambiguous person by his side. “Will you come back again? / I only need a friend / When it’s all said and done / Will you need me too?”

Those final lines of the meaningful first track transition smoothly into the next track, my absolute favorite of the album, “Treacherous Doctor.”

“Only Friend” finished with the impactful lyrics accompanied by heavy synth and guitar, seamlessly switching to the upbeat guitar riff of “Treacherous Doctor” in a matter of a second. That smooth transition was everything. Practically poetry, this song is yet another in which the sunshine guitar riffs cast a shadow on the darker lyricism. Wallows artfully produce sunshine-sounding songs with dark, gray lyrics, and “Treacherous Doctor” is a prime example of that art. And that art is everything.

“Ice Cold Pool” was a pocket of clear, blue sky in a gloomy rain cloud of lurid lyricism. It was a glass of lemonade on a sunny day, admiring random fireworks on a summer night, wading in the pond for minnows, and everything else that encompasses a happy, summer day. The instrumentation was upbeat and light; trumpets held the chorus by the hand and ran right behind the groovy bass line.

“World Apart” brought back the rainy lyrics, yet it still sounded upbeat, and that art is exactly why Wallows is one of my favorite bands—their sound is everything. One of the most nostalgic tracks on the album, it sounds like what a reluctant pull away from a hug feels like. Slow, somber, sad, sorrowful. And yet, the sunshine sound Wallows has is still sandwiched between the wistful lyrics.

Wallows subtly alluded to “Only Friend” in the second-to-last track, “I’m Full,” a mere fifteen seconds into the song—and it was everything. As soon as I heard Minette sing “You’re my only friend,” I smiled and shook my head at the inconspicuous innuendo. Another strong favorite of mine, I enjoyed the more rock vibe to this track, as most of the songs in Nothing Happened were powerfully poetic, mellow, rainy-sunshine songs.

Concluding everything that is Nothing Happens is a six-minute masterpiece: “Do Not Wait.”

Opening with an ethereal synth and the darkest lyrics yet, the first half of the song is the low rumble of a summertime thunderstorm, the moment of silence when your car drives under a bridge in the pouring rain, and the hum of the highway at night. Minette’s voice is grainy and raw, perfectly paired with the equally as raw lyrics, and the soothing synth accompanying the vocals is the sandpaper that smooths away the grain.

The second half is the glowing sunshine after a day of rain, sliding down a raindrop-ridden slide, and the smile you give to an old friend after seeing them for the first time in a long time.