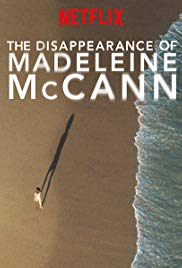 This scene of chaos and distress sounds as if it was pulled from Gone Girl, but it was the reality for an unassuming British family on May 3rd, 2007. Highlighted in Netflix’s latest documentary titled The Disappearance of Madeleine McCann, the events surrounding the disappearance of three-year-old Madeleine McCann is examined, leaving no stone left untouched.

Starting from the beginning—just as the eight-part documentary series does—the McCann family was vacationing in Praia de Luz, Portugal. The parents, Gerry and Kate, brought their three kids with them to their resort. Their oldest was Madeleine at three years old and the set of twins, Sean and Amelie, were two years old at the time of the disappearance.

Enjoying their time off, the parents had put the kids to bed; then, they went to eat at a tapas restaurant with friends nearby within Ocean Club, the resort they were staying at. Checking every 20 to 30 minutes, Gerry and Kate made sure that their kids were silently sleeping.

Around 10 pm, Kate left the dinner to check on her kids. Having rotated between the parents’ multiple 30-minute increments before, it was now her turn. She begrudgingly left the dinner and walked up to their resort apartment.

Heart-stopping horror and shock feloniously greeted her in place of a relaxed sigh that the kids were alright.

Everything was far from all right.

Madeleine was missing, the window was open, Kate McCann was left broken, and The Disappearance of Madeleine McCann starts to pick up.

Following this timeline chronologically as to not confuse the watcher, Netflix lays out the scenes, facts, and interviews in a methodical way. The night of her disappearance is perfectly presented with every fact known—given that this case remains unsolved—to give a peek into what occurred.

Each episode goes further into the confusing tunnel that is this case; analyzing suspects and police behavior, every option is explored and reinforced by countless facts. These facts roped me in, enticing me to lean in just a little bit more until my nose was practically touching the screen.

Standing out against your typical crime series, this show entangles some of the most debated facts of the case. Without revealing any spoilers or intriguing information—as I believe everyone should watch this—Netflix takes the show to the next level with interviews full of truth-telling tea.

Imaginative reenacting colliding with newsreels of the timeline actually unfolding create a stunning visual aspect to this show. A dull moment never fell across the screen during the eight episodes proving it to be a show for everyone to watch. Even while indulging in intense aspects and eye-grabbing scenes, it never loses sight of following what exactly happened to Madeleine, staying true to the heartbreaking story.

Investigating an internationally-known unsolved case with such extreme precision and depth proves that The Disappearance of Madeleine McCann is the content that Netflix is known for, bulldozing all other crime documentaries in the running.