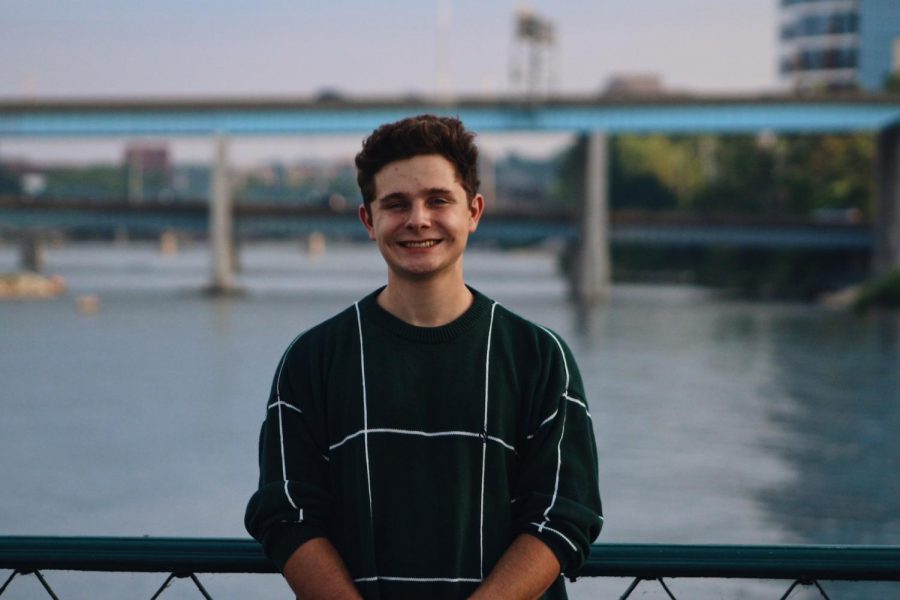 Keeping up with a sport for all four years of high school can be difficult, especially when it was not the first choice of sport, and for senior Jackson Montuoro, going to practices and not really wanting to be there was something he learned to deal with.

Initially, foot problems are what led Jackson to join the crew team freshman year, as he was unable to play soccer. Although he was not very fond of it in the beginning, he soon learned to enjoy the sport.

“Freshman year, I really hated it,” Jackson said. “Sophomore year, I was [still feeling] kind of miserable [during crew] because it’s really hard, and I didn’t really care about it then. [However] in my junior year, I learned how to let go [of my] anxiety before races, and it became a lot more relaxing all of a sudden.”

He decided to continue with crew senior year because he believes that you shouldn’t give up on something you have been doing for so long, and Jackson’s perseverance paid off. This year he was named co-captain, so it was a fortunate decision to stick with the team another year.

“I always wanted to show up and prove that I was worthy of it because I looked up to previous captains,” Jackson said. “When I found out I [was co-captain], I was really happy and a little surprised.”

While his job as co-captain does not seem like much more than leading stretching, it is, as Jackson learned. He must show what it means to be a good teammate so that others will look up to him like he has to others, and even though he does not have complete control of the crew team, he is still a leader and needs to embody that.

Being a co-captain is challenging; however, to Jackson, it is worth it.

“I mean I don’t have any ultimate control, but people will listen to me as long as I don’t yell too much or something,” Jackson said. “I like the fact that everyone knows me, and I like not leading the team exactly but being the biggest part of it that I have ever been.”

Although he now loves the sports, Jackson also said that the toughest thing about his new favorite sport is fighting through the mental side of crew.

“The whole big thing about crew is just a lot of it is mental endurance,” Jackson said. “So you have to make sure you don’t [stop]; you just can’t give up, and you just gotta hold onto that number you have.”

The crew team starts getting in shape for their regattas early second semester. They may not actually start racing until April, but that does not mean their schedule is light. Having practice four days a week with the occasional weekends is quite tough.

Once the regattas actually start, the team races a few times a day. Jackson is in multiple boats, so his days are extra long and tiring. There are about eight regattas per year, and for some of them, they get to travel as far as Canada.

Spending all this time with the same people, Jackson has become very close to them. They experience the same pain and overcome their hardships together which has resulted in great friendships.

“I think I have a great relationship with my teammates; they’re some of the best friends I’ve ever made in high school,” Jackson said. “I think that over half of my friends are on the crew team; we share a lot of jokes and just have a really good time with each other.”

There are many things he enjoys about crew; however, he does not see racing in his future. He does hope to stay involved somehow, whether that be by training or just cheering on a team from land.

Although Jackson’s relationship with the sport has been rocky, he does not regret it, as he learned many things that could prove to be useful in the future.

“[Crew] taught me a lot more discipline,” Jackson said. “It taught me better mechanical timing [and] better balance. Other than the physical, I gotta say it taught me mental endurance and to really stay with things. Whether physical or not, it’s really helped me develop resistance to pain or exhaustion.”