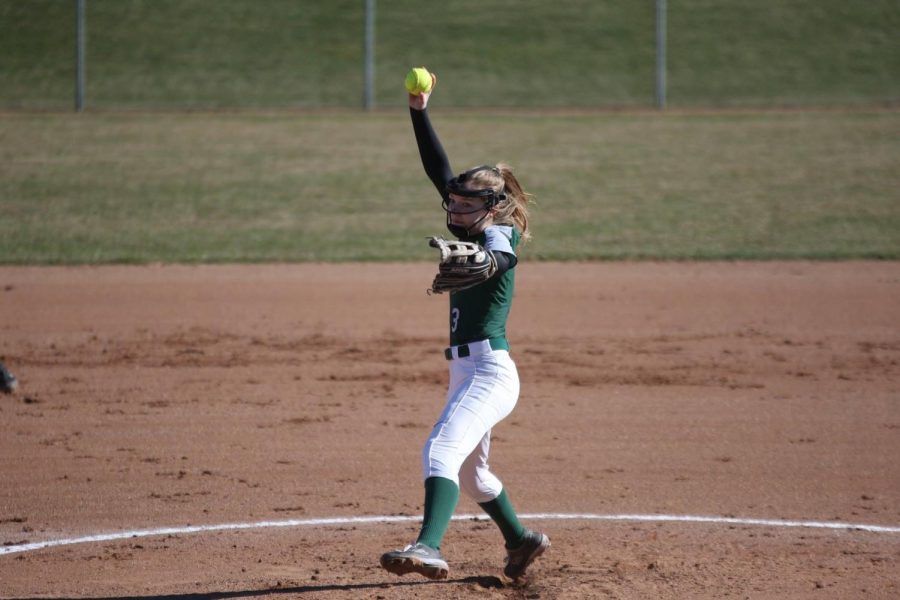 This weekend, the varsity softball team played in the annual Rockford tournament. The tournament consisted of four teams: Rockford, West Catholic, Unity Christian, and FHC. In the end, the Rangers were able to go 1-2 for the tournament.

The Rangers started the tournament off with a tough loss against tournament host Rockford. FHC started the game off strong with 2 runs in the top of the first inning. The Rams posted 3 runs in the bottom half of the inning, but FHC was able to take the lead after a big 5-run fourth inning.

Senior Zoey Guikema started the scoring trend in the fourth inning. She hit a ground ball and advanced to first due to an error from the Rams’ shortstop. Next, senior Tori MacLeod was hit by a pitch. Senior Val Nuffer changed the momentum with a deep double to center, driving in Tori and Zoey. Sophomore Kylie Halverson was then able to hit a double as well. This inning put the Rangers up with a huge lead, 7-3.

Tori was a key player defensively in the circle for the Rangers. She pitched 4 strikeouts and had 0 walks during the entire game. FHC’s defense failed to stay tight behind her, as the Rangers committed 4 errors in the game.

Kylie and senior Molly Donovan led the offensive charge for the Rangers, as they combined for 6 hits, 3 doubles, 4 RBIs, and 6 runs scored.

Tied at 8 headed into the seventh inning, the Rangers got hot at just the right time to put up 7 runs in the top half. The Rams had a spark of their own, however, and took advantage of some costly errors from the Rangers. Rockford was able to push the winning run across on a walk-off to deep right field, sealing the 16-15 heartbreaker.

In FHC’s second game against Unity Christian, the Rangers established an early lead in the second inning. They scored 7 runs to the Crusaders’ 0. Molly, junior Maizey Szczepanek, senior Emma Davis, Tori, sophomore Faith Addington, and Val all scored in the second inning. Faith pitched for the Rangers, and only had one weak inning. The Crusaders had 7 runs in the fifth inning, which put the Rangers down by 1 heading into the seventh inning. Fortunately, the Rangers were able to push 2 runs across and hold strong on defense; the game ended with a final score of 10-9 for FHC’s first win of the season.

In the Rangers’ last game against West Catholic, third-string pitcher Kylie was in the circle. She had 6 walks and 2strikeouts. The 6 walks in the second inning set an early lead for West Catholic, as it put up 11 runs in the second inning. The Rangers couldn’t catch up after that, as their bats went cold for the first time all day. Tori and Val led FHC in batting, both earning multiple hits. West Catholic mercied the Rangers in the fifth inning with a final score of 17-4.

This tournament does not go towards the Rangers’ OK White conference record but it does make their overall record 1-3. The Rangers take on Northview in their first conference doubleheader at home tomorrow.