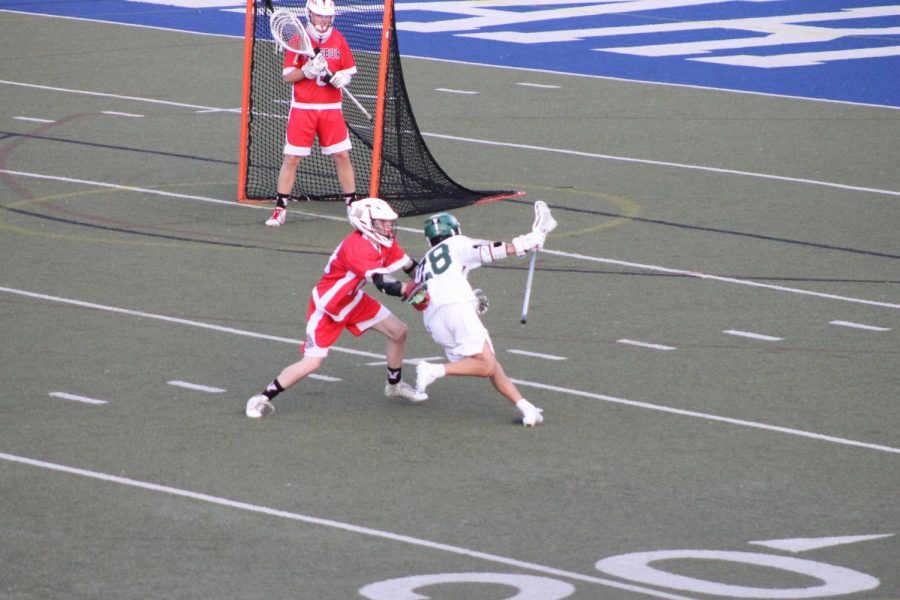 What is your most memorable lacrosse experience?

Who has been your biggest inspiration in lacrosse?

“I grew up playing baseball, but my brothers always played lacrosse. My brother, Zach, was a senior on FHC’s 2010 State Championship team. When they won it, I wanted to make the switch to lacrosse and do what he did, so I would definitely say my three brothers are my biggest inspirations.”

What was it like being on varsity lacrosse as a freshman?

“I felt a lot younger being on varsity last year. I was the only kid in my grade on the team, so I didn’t have any friends on the team at first. I had to be a lot more outgoing than I have ever had to be before. Also, I was coming right out of middle school, and all of a sudden I was playing with guys like Bryce Clay and Patrick English, who were worlds better than me. Playing with those guys really helped me improve and learn right away.”

What is different being on the team this year rather than last year?

“This year, I feel a lot more comfortable, confident with my team, and confident on the field. I have spent a year with a lot of these guys already, and I have good friends from my own grade on the team as well now.”

What’s special about this year’s team?

“This year’s team is special because we’ve lost two State Championships in a row, and a lot of people think the best of our talent in the program has already graduated. We have to work really hard to prove people wrong, and a State Championship is not going to come easy.”