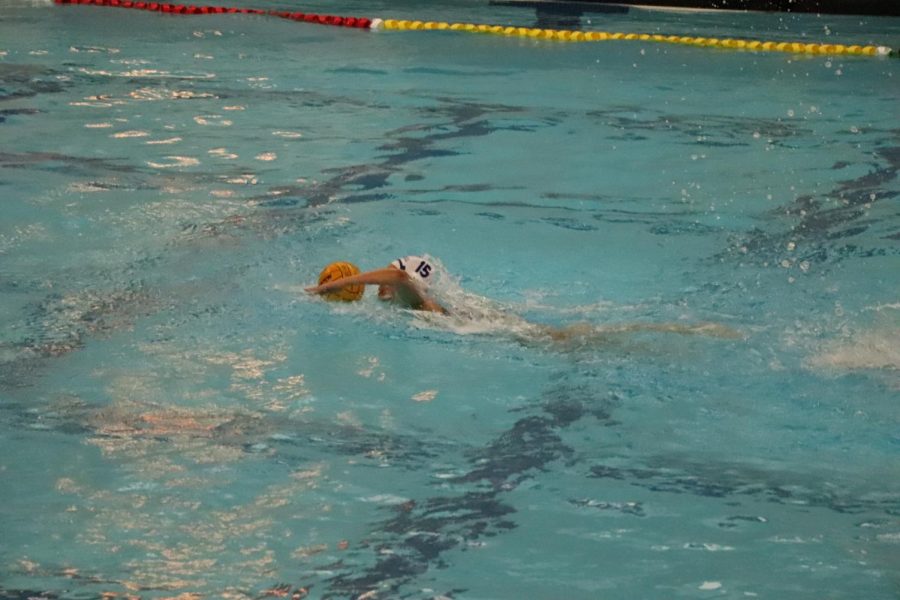 The Forest Hills United varsity water Polo team took on the strong East Kentwood Falcons last night in a hard-fought game. Sadly, Forest Hills could not come away with a win, as it went on to lose 7-1. This game now sets FH’s record at a 2-12 for this season.

Despite the tough loss, the team still had several players who had solid performances in the pool. Senior Madi Crookston, the team’s typical goalie from Forest Hills Northern, was the only player to score a goal last night. Along with her, senior Selina Franovic played a great game on the offensive and defensive side of the pool. However, the real MVP for the night was junior Maggie Zorn. Maggie had 4 steals and 1 field block throughout the game; additionally, she was able to win 3 out of her 4 sprints for the night.

The Forest Hills United varsity water Polo team will play in its next game this upcoming weekend, April 23 and 24. FH will be competing in a tournament out at Grand Haven High School, and the girls are looking for a third win this season.