Varsity softball has a huge night against Cedar Springs, wins both games 11-0 and 7-0 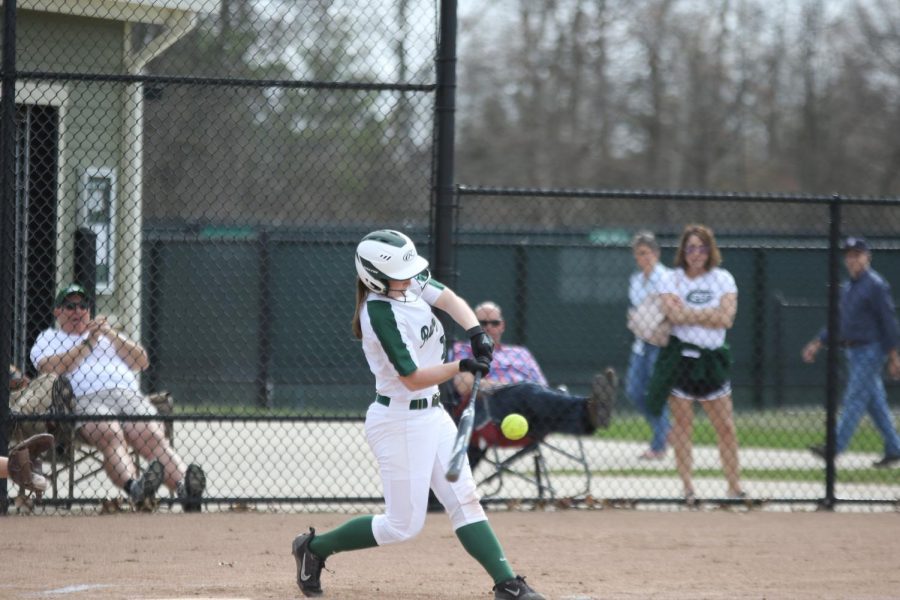 Last night, the Lady Rangers faced off against Cedar Springs. The Rangers came into the games with high energy, which led the team to an 11-0 win in the first game and a 7-0 win for the second game.

The Rangers started the game with an offensive lead. Senior Lauren Mittelstadt was hit by a pitch and sent to first. Sophomore Kylie Halverson then singled on a line drive to right field, sending Lauren to third. Senior Molly Donovan sent both Kylie and Lauren home when she singled on a line drive to center field. In the second inning, the Rangers had a spark in their hitting. Senior Emma Davis started the spark when she singled on a hard ground ball to left field. Senior Val Nuffer was then walked, and Lauren was once again hit by a pitch.

Kylie made a huge play, as she hit a single into center field to send both Emma and Val home. Next, Molly hit a single on a ground ball to center field, which sent Lauren home. Senior Tori MacLeod had the biggest hit of the night. She doubled on a fly ball, which sent both Molly and Kylie home. The second inning gave the Rangers a huge lead, and the Red Hawks were not able to catch up.

Tori also had a huge night behind the mound. She only allowed 2 hits for the entire game, and those 2 hits did not lead to runs. She also walked 0 and struck out 2.

Tori and Molly led the team in RBIs, both having 3. Kylie followed them with 2 RBIs.  Senior Carmen Marshall, Emma, and Lauren all had 1 RBI. Kylie, Lauren, and Molly all scored 2 runs. Emma, Tori, Val, junior Jordan Carlson, and senior Zoey Guikema all had 1 run each.

In the second game, Molly started the game off with a double that drove in 2 runs in the first inning. This gave the Rangers an early lead, but their true lead came after they hit well in the third inning. They secured the victory with 4 runs during this inning. Molly and Tori came up with back-to-back doubles that drove in runs. Junior Maizey Szczepanek had a single in the third inning that also drove in runs.

Tori pitched in this game as well. She surrendered 0 runs on 5 hits in 3 innings. She struck out 3 hitters and walked 2. Tori was a key player for the Rangers in both games in pitching.

These wins put the Rangers’ overall record at 5-4 and their OK White conference record at 4-1. FHC will be facing off against Cedar Springs on Wednesday at Cedar Springs while looking for the sweep over the Red Hawks.