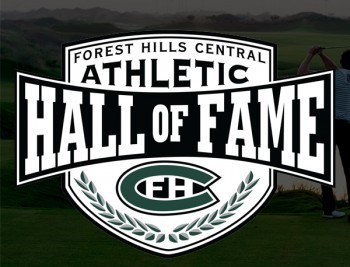 FHC inducts new members to the Athletic Hall of Fame

This year, FHC will be adding new names and teams to the Hall of Fame. The 1994 football team, 1986 and 1987 State runner-up volleyball teams, Charlie Matthews, Jane Olgivie, Ed Shy, Jeremy Stacy, Mike Castillo, and Amy Fritsch will all be added into the FHC Hall of Fame.

“Each and every one of these teams and people deserves to be inducted,” Athletic Director Clark Udell said. “These teams, coaches, and players are some of the best to go through FHC.”

These teams and athletes were chosen by a committee that includes former basketball coach Ken George, wrestling coach Brad Anderson, varsity golf coach Paul Ten Eyck, and Udell. Picking the inductees is a long and rigorous process; the committee starts with a list and then goes from there.

“The process at times is very easy, and at others very difficult,” Ten Eyck said. “We have a list of athletes, coaches, teams, and community members, and the list is always changing with more being added every year. Sometimes we have some pretty spirited debates, and sometimes it is a no-brainer.”

With the list constantly changing, the members of the committee have a tough task at hand. Each and every possible candidate is inspected thoroughly and selected for specific reasons.

“Picking between two candidates is probably the hardest thing we have to do because we want both of them to be honored,” Anderson said. “This is our first year where we are past the firsts; the first team to win a State Championship and the first person to break records have already been inducted. So, this year was tougher than most.”

Even with all of the hardships of picking between different candidates, there comes an overload of joy when telling the inductees.

“When I go to the inductee’s house and deliver their quarter zip and ring that they get, I get to witness the joy it brings to them,” Udell said. “Sometimes we go out to lunch and they talk to me about their glory days and how excited they are about being honored. It is truly the best feeling.”

The new inductees were each chosen for a specific reason. Jane Olgivie was a long-time teacher and coach and was inducted because she was the founder of the women’s sports that we have today. Ed Shy was the first Athletic Director and was a large contributor in developing the OK Conference. Charlie Matthews was a long-time wrestling and baseball coach. Mike Castillo was a State Championship wrestler in the late 1960s and then went on and had an impressive college career. Jeremy Stacy was an All-State soccer player and then went on to lead FHC’s girl soccer team to two State Championships. Amy Fritsch is a former State Champion swimmer in the 1990s and went on to swim at the University of Michigan. The 1994 football team made it to the State Finals under coach Tim Mcgee. The 1986 and 1987 volleyball teams were both runners-up in the State Championship.

The new inductees will be honored in a golfing outing on May 10; they will then have a banquet to celebrate their tremendous achievements from the glory days at FHC. The new plaques will hopefully be up by the next school year in the hallway by the new gym.

“The Hall of Fame is honoring our past; it is remembering our history,” Ten Eyck said. “It gives us a chance to make sure that those teams, athletes, coaches, and community members will always be remembered and honored. “