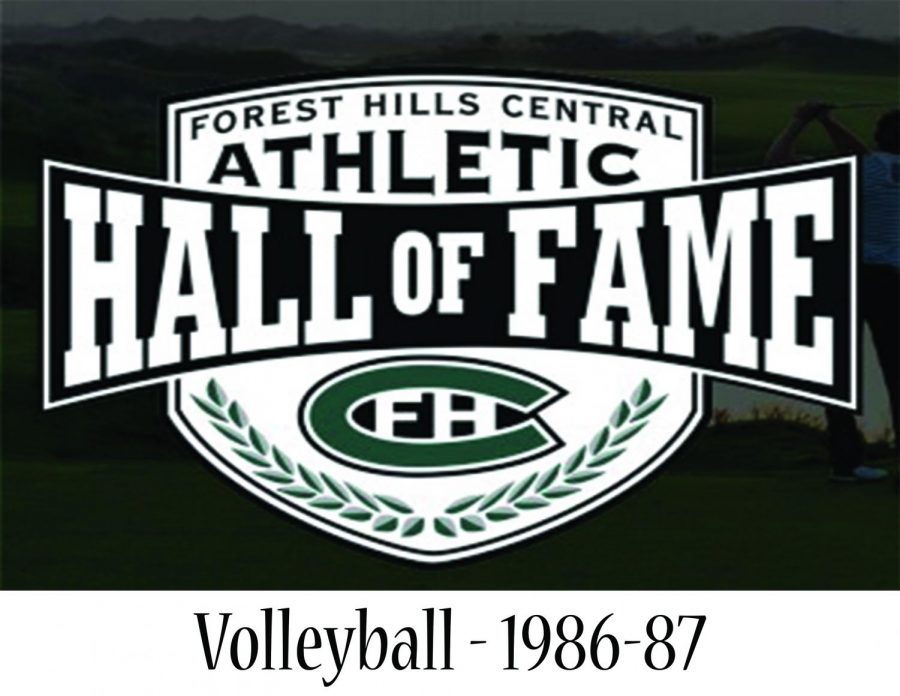 The varsity volleyball team was able to punch its ticket to the State Championship in back-to-back years in 1986 and 1987 led by head coach Pat Hartsoe. Hartsoe and her two teams, despite coming just short of a State Championship, are being inducted into FHC’s Athletic Hall of Fame for their amazing success in consecutive years.

Jennifer Winter was a senior middle hitter on the volleyball team in 1986, and she played volleyball, basketball, and softball all four years in high school. Winter now lives with her partner and four kids in Seattle, Washington, and she created her own company later in life. Winter enjoys coaching her children’s sports teams in her free time, although she is no longer directly involved in volleyball.

How special were those volleyball seasons?

“I had always loved playing team sports since I was little—the challenge, the competition, and winning of course. But the last two seasons for volleyball were transformational for me in many ways. First and foremost, I got to play a game that I loved with a group of girls that were like sisters and literally my best friends. It was amazing to go through a high-expectation, high-pressure season with your best friends and remember the journey more than the outcome.   I wouldn’t change a thing.”

What was special about Coach Hartsoe?

“I’ve never had another coach like Pat Hartsoe. In fact, I’ve probably never had another mentor or coach as important as Pat. She taught us to that we could set individual and team goals we didn’t think were possible, but if we worked hard—harder than we had ever worked, push ourselves past where we wanted to stop, rely on each other, and pull each other up—we could accomplish anything. Ultimately, my four years of volleyball with her was life-altering for me.”

Looking back, is there anything you or the team would have done differently?

“We could have used a little more height on the front row, but that wasn’t something we could control. But honestly, no, I don’t think we could have done anything differently. We trained hard and were laser-focused on getting back to State. We just weren’t the best that day.”

How does it feel that those seasons will forever be remembered through the Hall of Fame?

“It’s an incredible honor. I’m a proud Ranger, and I loved getting to represent my school for the four years I played there. It’s icing on the cake to have something that was so memorable for me individually to be remembered by the school as well.”

Have you stayed in touch with the players from those teams?

“Yes, I’m Facebook friends with quite a few. There are five of us that started to get together regularly again after 20 years. Now, we get together every other year. I’ve hosted them in Seattle, and we’ve been to Granby, CO, Grand Rapids, and Chicago for our reunions. We do a little reliving of the past, but it’s been great to be able to create new memories in the adult version of our friendship.”

What advice do you have to the current players in FHC’s volleyball program?

“We were not the tallest or the most athletic on defense, but we trained harder than we ever had, expected the best out of ourselves, and worked hard to play strong as a team. We beat teams that were better than us and, sometimes, we lost to those not as good. In the end, if you can put it all together—extraordinary individual effort, working hard to play as a team, and smart coaching—you can go as far as you want. But most importantly, make sure you take some time to enjoy the journey because that is the most amazing part.”