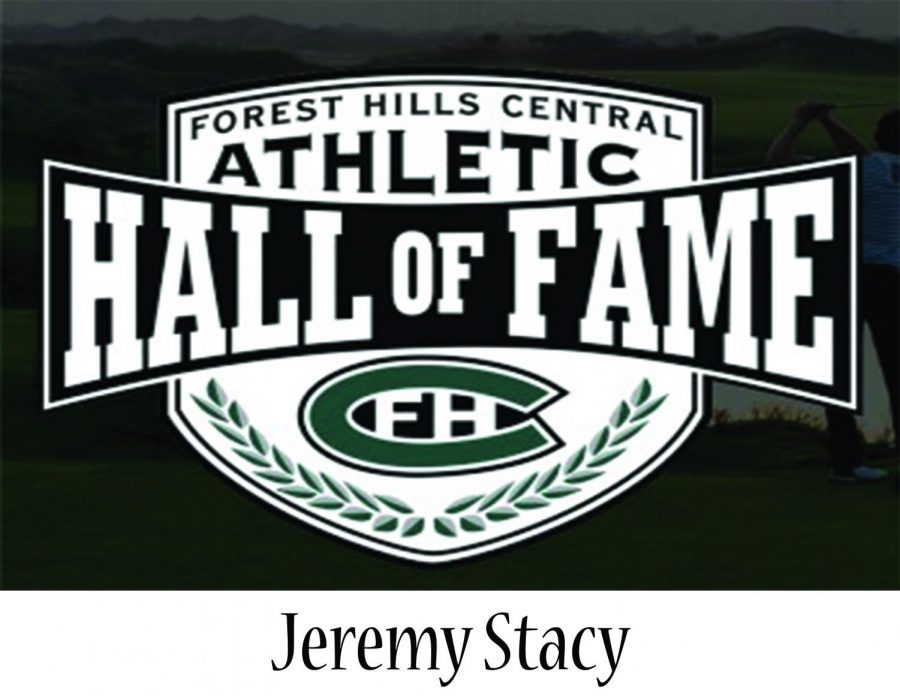 For his countless success on the field and on the sideline, Jeremy Stacy is being inducted to the FHC Athletic Hall of Fame. Jeremy was a four-year varsity soccer player and the head coach of the varsity girls soccer team for nine years.

As a player for the Rangers, Jeremy was All-Conference four times, All-District three times, All-Region twice, and All-State twice. In his senior campaign, he was named the OK White Conference Athlete of the Year and broke the record for career goals with 59. After leaving FHC, Stacy moved on to play for Valparaiso University, where he appeared in every game of his four-year career, which is still a school record.

During his time of being the head coach for the Rangers, Jeremy won two State Championships. His first one, in 2008, was won during his first year of coaching. After coaching numerous players to further their careers in college, his coaching career ended just like it started, as he stepped down from the position after his 2017 State Championship win.

What was it like to win a State Championship in your first year of coaching?

“My first year was probably my toughest year coaching. The team had returned most of its roster from a team that had won a State Championship the year prior, so the only real new face was me. I think the expectation of everyone was to repeat as State Champions, and I felt a lot of pressure to do my part to help make that happen. Thankfully, it worked out that way, and I look back on it as a great accomplishment and most importantly a huge learning experience in my first year as head coach.”

What made you want to coach?

“I grew up watching my dad coach. We would come along to games and ride the bus with the team, and it was just always something I pictured myself doing someday.”

What was the transition like from playing to coaching?

“It was very tough, but I had some good mentors helping me. As a former player, you have a tendency to watch what’s going on just on the ball and lose sight of the whole field and the big picture. It took me a while to break the habit of ball-watching.”

What was your high school experience at FHC like?

“I loved being a student and athlete at FHC. I miss being a Ranger a ton.”

What did you prefer playing, club or high school soccer?

“I preferred high school by far. I was fortunate enough to be a part of a club team that won a National Championship. Even some of the parents weren’t able to make it, as it was in California, and certainly, no friends were there. In high school, you get to play in front of your peers, wear your uniform to school, etc. The high school soccer experience is awesome.”

What was it like to win a club National Championship with the Wolves?

“It was fun and an incredible accomplishment that our team worked very hard for. We became very close as we traveled the country for these games and tournaments, and I made a lot of great friendships out of it. That said, the only people who shared in that experience were those teammates. Watching my brother win a State Championship at FHC was honestly more fun. There were probably 1000 students and many others from the community that got to share in that experience.”

Who do you credit for your success in both coaching and playing?

“I credit my dad and my brothers for my success as a player. We poured hours and hours in together outside of the usual practices and pushed each other daily. My success as a coach is not mine at all. The players are obviously the most important piece but also the coaching staff. I feel blessed to have been surrounded by coaches in our program who are both very good on the soccer side and very good people of character who cared about the players and poured into them.”

What do you miss about both coaching and playing soccer?

“The bus rides. I know that sounds funny, but I miss those the most.”

What was it like to get back into playing with your short stint at GRFC?

“It was a very fun last hoorah, but mostly it made me feel old. Soccer has come a long way since I played, and there are some great players out there that made me feel old. I just couldn’t hang with those guys anymore without putting more time into it. Being a dad is way more fun, so it was an easy decision to stop at that point.”

What was different between the 2017 State Championship team and the 2008 one?

“I felt closer with the 2017 team. We had been through a lot together over the previous few years, like making it to the State Semi-finals and losing the previous year, which made us very close and driven for the same goal. Don’t get me wrong, I loved the 2008 team, but until that year, I had never coached any of the girls. Both were special groups, but 2017 was a culmination of a lot of hard work.”

Since stepping down from coaching, what have you been able to do that you weren’t while coaching?

“The amount of time and energy it takes to run a program is overwhelming. The time I now have to be with my family and watch my kids play now is what I enjoy most. I miss it a lot but am enjoying being a dad.”