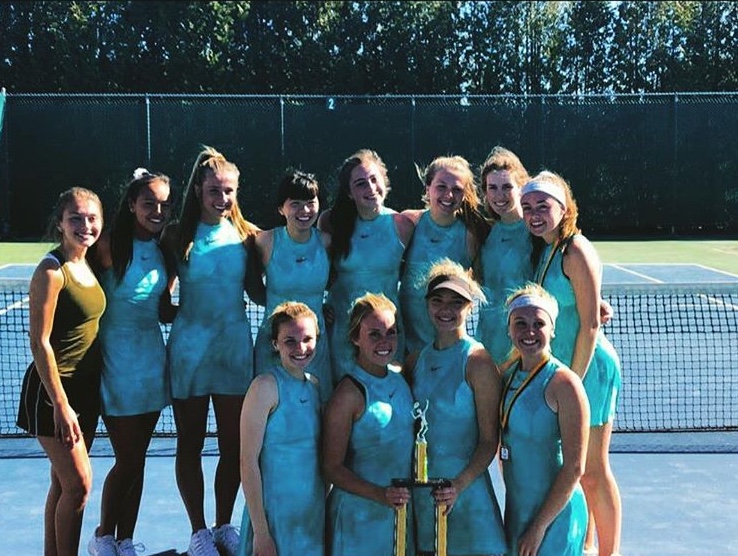 After a matchup against Cedar Springs, the girls varsity tennis team took on Forest Hills Northern on Wednesday and Ottawa Hills on Thursday. Both conference duals were away but had opposite results. FHN swept the Rangers, but every flight played some solid points. The most successful flight was seniors Katie McClure and Lyndsay Werkema at 1 doubles. They took 5 games off of FHN and had other chances to make it even closer. Although the Rangers couldn’t get it done against FHN, the very next day they had more energy built up inside them and used this to sweep Ottawa Hills.

The Rangers surrendered just one game on the day, which came against 3 doubles; Senior Myah Leavenworth and sophomore Mina Siebert won their games 6-0 and 6-1. Every other flight won 6-0, 6-0, and the Rangers swept Ottawa 7-0 in matches. Each team had a girl sick resulting in a 4 singles match not being played, along with Mina being switched to doubles; however, Mina and the rest of the team didn’t let this throw them off their game, as they beat another conference opponent to make their record 2-1 in conference play.

The girls varsity team faces off against Portage Central and two other teams in a quad on Saturday. This will take place at Portage, and the Rangers will try to use the sweep of Ottawa and the momentum built up to win its second quad in the past week.