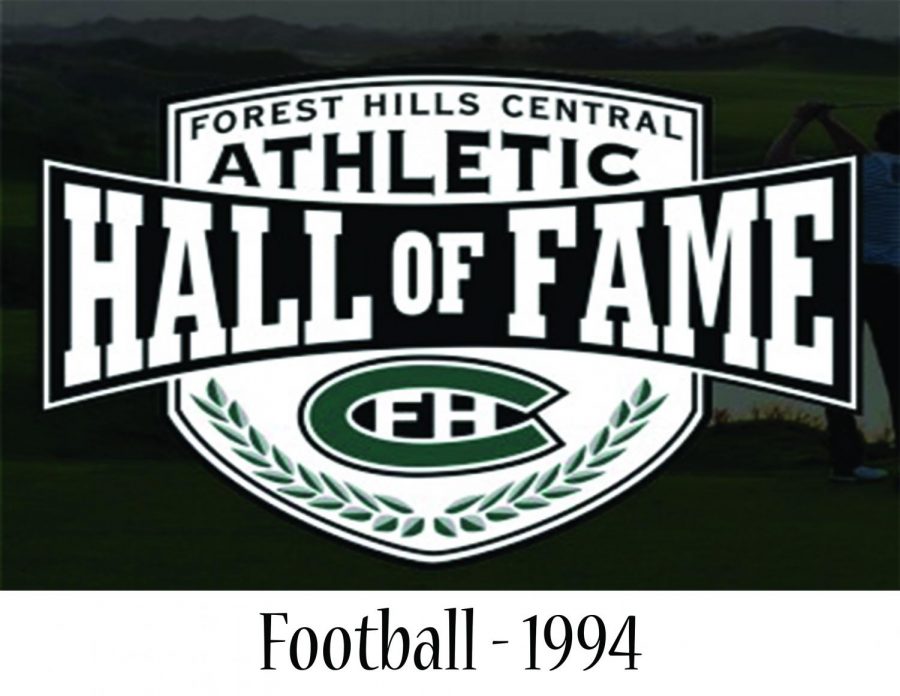 What were some special qualities that made your 1994 football team so special?

“The 1994 team stood out because they were extremely intelligent; many players had a 3.7 or higher cumulative G.P.A., which enabled us to have multiple offenses and multiple defenses. We were also able to signal our plays at the line if we did not want to huddle. We also had about twenty passing plays planned for each game. We ran every play at least once to the right and once to the left every day in practice, and we ran it again if there was a mistake. Defensively, we predetermined the best front and coverage to be in based on the formation and our opponents’ tendencies. We stemmed our fronts and had as many as four for the opponents’ favorites. The 1994 team members also had great work ethics. The starters benched over three hundred pounds except for three players on offense and one player on defense. The average bench of the starters was 317, the average squat was 490, and the average hang clean was 298. Finally, they really cared about each other.”

In your opinion, what has changed from high school football back when you coached to modern day?

“The biggest change is that today most teams do not go under center. They operate strictly out of the gun, and many teams do not use TEs. Most teams today run the same plays: power read, power, counter, inside zone, and outside zone. Everyone runs some play action, but the dropback passing game has been expanded. Run-Pass Options have also become popular. The QB’s running ability is now an extremely important part of most offenses today. Many teams today pass nearly one-fourth to one-half the time. In the 90s, teams passed five to ten times a game unless they were losing.”

What was the environment at FHC like during your tenure?

“The environment at FHC included very supportive students, a supportive administration, a supportive teaching staff, and supportive parents. Parents bought us two or three new sets of home and away uniforms for football about every four years. Most football players bought into lifting weights Monday, Wednesday, and Friday and benching, squatting, and cleaning as well as doing other key lifts every day. They also ran plyometrics and short sprints twice a week throughout much of the year. Many players started working out with us as seventh or eighth graders. That helped us to often have the strongest players in the area. We kept records and tested at the end of the school year and at the start of football season. One eighth grader benched 300, squatted 500 to parallel, and hang cleaned 300 the week before exams.”

What was your favorite part of coaching?

“My favorite part of coaching was threefold: watching players grow—physically, socially, academically, and emotionally—developing relationships with players, some of whom are good friends to this day, and the challenge of preparing players with a game plan that can help them be successful and victorious on Friday nights.”

“Most importantly, the credit goes to those players for their work ethics, intelligence, and toughness. We also had an outstanding group of assistant coaches. The starters on the 1990, 1991, and 1992 teams averaged 322 on the bench, 463 on the squat, and 260 on power cleans.”

What do you miss about coaching at Forest Hills Central?

“Our coaching staff was very close. We got together on Friday nights with our wives at each other’s houses, occasionally at a player’s parents’ house. We met as a group after videos with the team from 8:00 to 10:00 a.m. on Saturday mornings for six to twelve hours, going over films and planning defense. We also went to clinics together and socialized occasionally as well.”

“Some of the same players were on both, but the starters on offense in 1994 were all seniors except for one junior lineman who played both ways, a junior fullback who also started at linebacker, the other linebacker was also a junior, one DE was a sophomore, and two DBs were juniors. The 1995 team was not as experienced, including a sophomore QB.”

Who do you credit for your success at Forest Hills Central?

“The players were the key. In the 1990s, we won more games than any team in the area, and we won five conference championships in the OK White, which included East Grand Rapids and Wyoming Park, who both won State Championships, as well as Lowell, and some of the time Hudsonville as well. Our opener was Grand Rapids Christian until they dropped us after we beat them seven years in a row. Then we opened with Muskegon for five years, and we won three and lost two. We closed with Muskegon Reeths Puffer until they dropped us. They won the Class A State Championship in 1992. We then picked up Grandville for a closer, and we were 2-1 against them. They dropped us after they won the Class A State Championship in 1996. We did have many outstanding assistant football coaches also.”

What was the experience of playing in a State Championship like?

“Playing in the State Championship was like a dream come true for many of us. I was fortunate enough to help coach a State Champion in 1978 at FHN where I was the head coach from 1975-1983. It was exciting and heartbreaking at FHC when we lost in 1994 to Farmington Hills Harrison 18-14. I can point to a number of things that I did not do a good enough job of coaching, or we could have won that game. I was and still am extremely proud of our players and coaching staff.”

Since stepping down from coaching, what have you been able now in your free time?

“I have been an assistant coach much of the time since I stepped down at FHC, but I have more time, and I have been able to golf.”