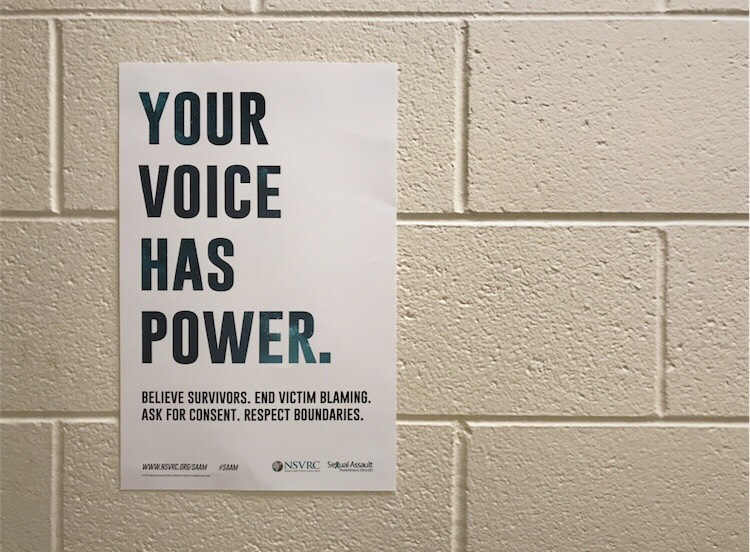 When it comes down to how the school educates students about subjects that fall outside of the standard curriculum, senior Annie Seeber candidly concedes that she is grateful for such a phenomenal school.

However, she also admits that this aspect of the school’s cultivation is lacking a crucial conversation: sexual abuse.

“[Sexual abuse] is hard [to talk about],” Annie said, “especially because it’s really awkward to talk about sometimes. And that’s what I want to change. Our school is great and amazing, but I just feel like it lacks in that area.”

Annie plans on filling the school’s conversational void through a simple act of placing posters in the hallways that advocate consent and bring awareness to victims of sexual assault. Although she only has a mere few weeks until her time at FHC comes to end, she hopes her actions will give rise to an impact that will endure past her absence.

“I think putting up some posters might be small, but it’s just starting the conversation,” Annie said. “I hope to create more open conversation and more mutual respect in our community. There’s been a lot of sexual assault stuff going on behind the scenes, and I feel it’s good to keep those victims’ privacy. But I [also] think there’s no way we’re gonna make a difference if we don’t talk about it.”

Annie’s inclination to take on such an obscure and unspoken topic stems from when she became more educated in the past year through conversing with her family on the matter and, as a result, began researching into awareness for the topic.

Annie came to the realization that April is Sexual Assault Awareness Month, a month devoted to the education and exposition of sexual abuse. However, she quickly discovered that the majority of the staff and students did not know this.

Therefore, she met with principal Steve Passinault, asking how she could change this state of ambiguity and silence through increasing knowledge on the subject.

“There are so many people in our school and in our community that are dealing with this awful thing that has changed their lives forever,” Annie said. “And I’ve single-handedly seen how it can destroy a person. But I’ve also seen how someone can grow from it and become even better than they were before [because of] knowledge.”

Passinault readily accepted Annie’s proposal and agreed that it would be beneficial to begin talking about such difficult issues and increase awareness on the subject. 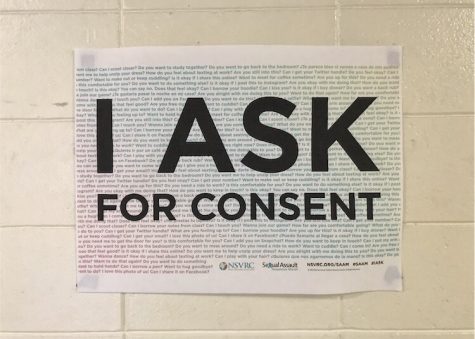 Together, Passinault and Annie decided on the idea for putting the posters on the wall as a way of dipping the school’s toe into the pool of information on sexual assault awareness. With such sudden notice, not enough time is left in the year to delve deeper, but Passinault plans on continuing this movement in later years by possibly bringing in a speaker, among other actions.

Passinault’s will to continue this “conversation” into later years was one way Annie hoped to educate students on this issue, but her actions also have caused effects to ensue inside classrooms.

After seeing the posters in the hallway, English teacher Jonathan Fisher talked to his students about sexual assault in class and linked a related article on Google Classroom regarding a sexual assault incident in Bangladesh. He did this as a reminder for his students to treat each other as equals, and he even ended his post with “#SexualAssaultAwarenessMonth.”

“I was not aware of [Sexual Assault Awareness Month],” Fisher said, “and I realized that I should really do something because of that. Whenever I see somebody doing something to forward women’s rights or clarify human rights, really, I’m happy about it. I think it’s gratifying.”

As a student, junior Sarah Buchanan has also taken notice of the posters in the hallways. In her point of view, she was shocked at first that the school tackled such a sensitive topic, but she is supportive of its presence in the school.

“I think it’s very important that we’re bringing light to that issue,” Sarah said, “and I’m glad that [the posters] are up. It’s such a real issue today, and I think a lot of people don’t take it seriously.”

Annie feels elated by the positive response she’s received from both staff and students. At first, a slight sense of fear poked at her, due to the stigma and sensitivity associated with the topic, but her efforts have so far worked out favorably.

“Leaving a positive influence on a really negative subject just makes me feel really proud,” Annie said. “I was worried that the posters were going to get damaged purposefully, which is a really bad thing to think about. You’re taking a risk by talking about [sexual assault] because it’s such a sensitive subject, so I was a little worried. But I’m really happy there hasn’t been any vandalism.”

Despite the slight doubt and her curtailing time at the school, Annie hopes that her effort in ending this silence will help the people around her in whatever way it can.

Specifically, though, she hopes not just to start a conversation, but to also console victims and let them know that they’re not alone in this fight.

“I know there are a lot of people who are victims of sexual assault in our school,” Annie said, “and I hope this can show them a little bit of support that they need that they [might not] have, just by seeing a sign on the wall, knowing that we have their back. We believe them. We’re here for them.”