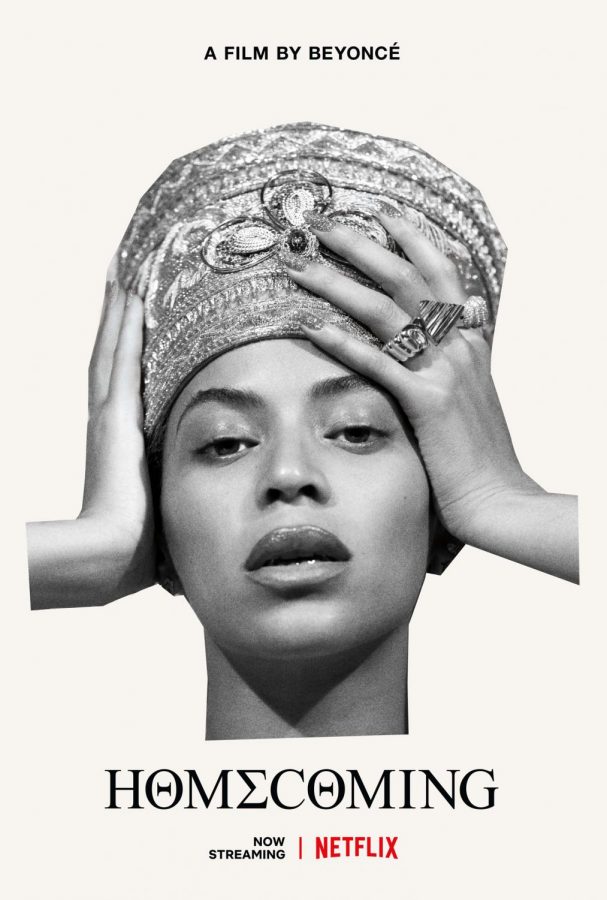 Coachella Valley Music and Arts Festival has been around for nearly twenty years, and each spring when it comes around, it adds something new to the ever-growing melting pot that is pop culture. Last year, it made headlines when Beyoncé became the first-ever black female to headline the festival.

Her setlist took pieces from her entire career, even featuring a reunion of the iconic 90s girl group, Destiny’s Child. Beyoncé‘s expertise and showmanship were felt intensely throughout this performance, and while she didn’t return to the festival again this year, she partnered with Netflix to release a behind-the-scenes documentary about her 2018 performance.

The documentary, released this past month, shows off some of the creative processes behind her great performance. It touches upon her perfectionism and high expectations. Additionally, it shows how she prepared for this two-week long festival quite soon after the birth of her twins.

In addition to the behind-the-scenes aspects of the documentary, the film also features some excellent, professionally-shot footage of her performance. This was especially enjoyable to me, and I’m sure it also was for the many millions of others who were unable to fly out to California to witness the performance live.

While these aspects and more are what help to make any tour or concert documentary good, there was something that set Beyoncé‘s apart. This wow factor, so to speak, was the unapologetic celebration of black culture and empowerment that seeped through the entire film.

Most obvious were the voiceovers heard by many famous African-American figures throughout history. The disembodied voices of Toni Morrison, Nina Simone, and more and quotes of William Edward Burghardt Du Bois and Reginald Lewis, among others, make their way into the film.

Indeed the entire performance, from the proud lyrics Beyoncé sings to the almost exclusively shown black audience members, seems to be like one giant celebration of blackness.

In addition to the triumphant film, Beyoncé also released a live album of her entire performance on all streaming services this past month as well. For those who do not have time in their hectic day to watch the documentary, which is over two hours long in running time, the live album is a great way to experience the joys of the performance on the go.

Beyoncé was aided by a full marching band, worth noting of all African American musicians, to support her, and this made for an enjoyable and upbeat listening experience. In fact, all the times that I have listened to Homecoming, I have had nothing but an overall positive experience.

Beyoncé has been an important figure in pop culture for over twenty years now. If time has taught us anything, it is that with each passing year she not only continues to stake a claim to her relevancy but expands upon it too. Homecoming, both the album and documentary, do an expert job at proving this.

Homecoming was a clear example of Beyoncé‘s hard work, talent, and importance as a celebrity in 2019.