The Central Trend • May 1, 2019 • https://thecentraltrend.com/64473/fx-student-news-show/sports/varsity-water-polo-takes-home-big-win-over-portage/ 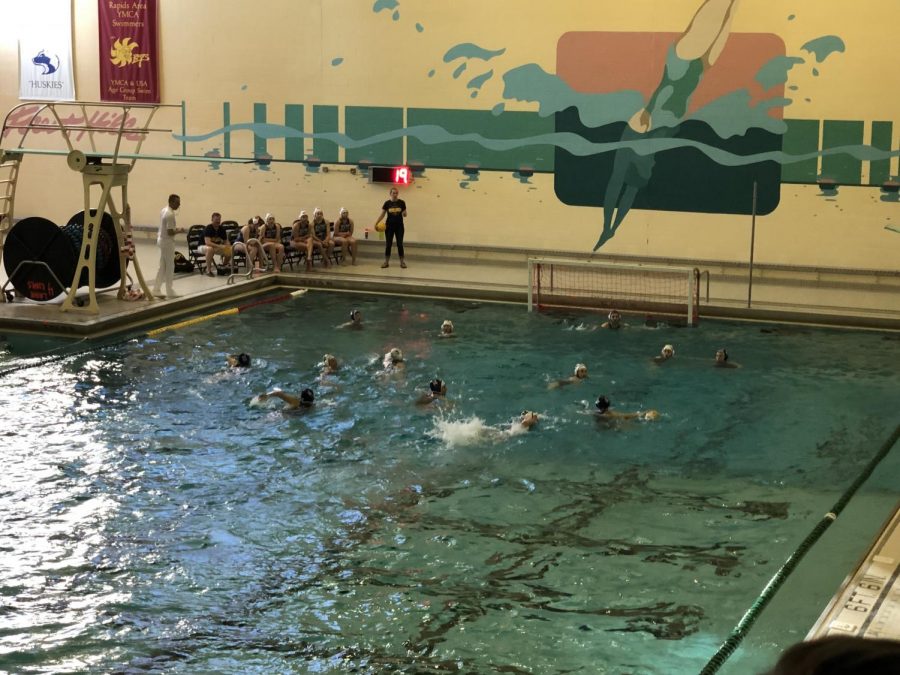 The Forest Hills United girls varsity water polo team took on Portage United last night in a hard-fought game. In the end, Forest Hills was able to come out victorious with a score of 12-4. After this win, Forest Hills now has an overall record of 4-15 for the season and is looking to keep on improving heading into the end of the season.

Junior Maggie Zorn really stepped up last night to help contribute to the team’s victory. Maggie had a very impressive game, scoring 3 of the team’s goals. She also had several steals on the night. Alongside her, senior captain Selina Franovic had 2 goals, and junior Hailee Sincerbeaux scored an amazing back-hand goal. The last Ranger to score was sophomore Sydney Kushak. Sydney made her debut on varsity a few games into the season and had a great impact in last night’s game. As a whole, the team had a very impressive performance by winning all of its sprints, having several steals, and pulling off a much-needed win.

The Forest Hills United water polo team will take on the East Grand Rapids Pioneers this Thursday, May 2. The Pioneers beat FH last time they met, but the team is looking to come back and win in tomorrow’s game.