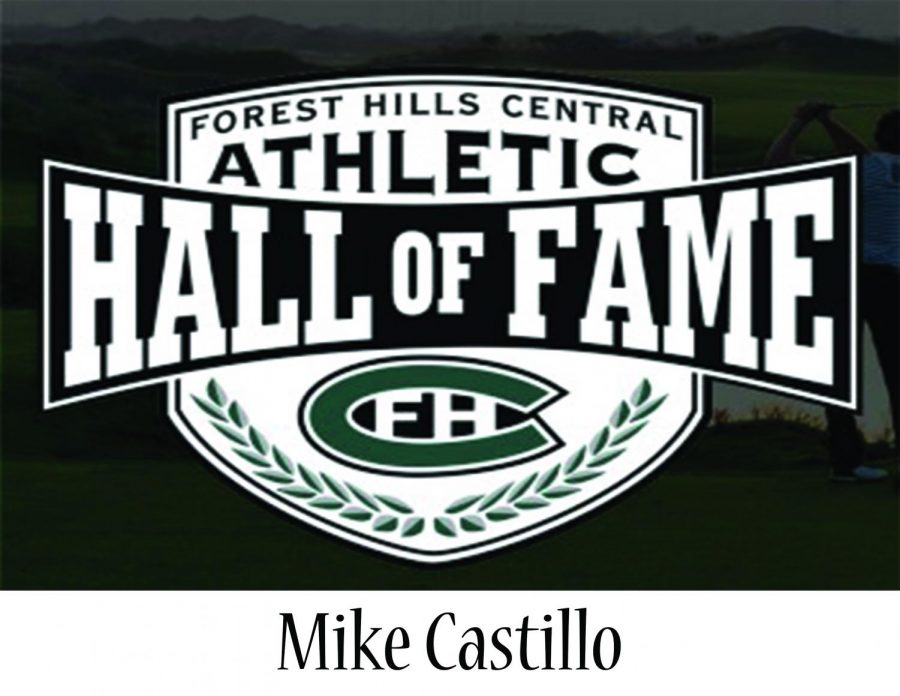 Mike Castillo is being inducted into the FHC Athletic Hall of Fame for his many accomplishments as a wrestler, including capturing an elusive State Title victory in 1995. After high school, Castillo went on to wrestle at Michigan State, qualifying for the NCAA round of 12 two times in his Spartan career.

Castillo now lives in Cascade with his wife and three kids, working as an Environmental Consultant. He is also a coach for the FHC youth wrestling club and is an FHC Mat Club board member.

How did you find out about your induction?

“My good friend Coach Brad Anderson broke the news to me at an FHC football tailgate. He’s a great guy to receive news like that from.”

How tough was it to be cut from the freshman basketball team and get into wrestling?

“It was difficult to suck it up and start a new sport like wrestling the very next week. Fortunately, I met some really great guys instantly who helped make the transition a lot easier.”

How did it feel going from being cut in basketball to a State Champion wrestler?

“That was a personal victory of mine. I wrestled with a chip on my shoulder, and proving that I was a good athlete was fuel I needed. In the end, [getting cut from basketball] was the best thing that could have happened.”

What was your initial reaction after you won the State Title?

“It was surreal, but at first it felt like just another tournament because you have to stay very focused. It really sank in when we arrived at FHC the next week and a large sign was displaying the accomplishment.”

What makes the FHC wrestling program so special?

“The wrestling culture is amazing. It’s a one-on-one sport, but you can’t do it alone. You need great teammates to practice with and knowledgeable coaches for motivation and direction. There’s no other way around that, and FHC has always had those things.”

Who were some of the people that influenced you the most in your wrestling career?

“I had to learn so fast, so there have been many people at FHC each year that helped me. Starting with coach Dave Mills, to upperclassmen like Jake Langbehn, Peter Bucklin, the Jones twins, and Mike Curtis. And guys that were my age, like Jason Riebel and Nick Kacher.

How did you come to choose Michigan State to further your wrestling career?

“MSU placed third at the NCAA tournament the year before, and I saw a chance to wrestle with the best in the nation. Mix that with the beautiful campus, great fight song, and fresh air, and it was an easy choice.”

What kind of honor was it to represent FHC at MSU?

“Leaving FHC to wrestle at MSU was a great honor and a privilege. There were only a couple of us from the west side of the state, and I was excited to show the rest of the team that we were just as tough as any of them.”

What do you do now in your adult life?

“I am an Environmental Consultant in Cascade, supporting compliance programs for industrial facilities. I have a wonderful wife and three great kids.”

What do you think is the biggest thing wrestling has taught you in your life?

“Wrestling taught me to finish what I start. I preach that to my kids and it seems to work for any occasion from clearing the dinner table to getting homework done.”