The Central Trend • May 3, 2019 • https://thecentraltrend.com/64644/uncategorized/street-legal-filmfest-preview-qa/ 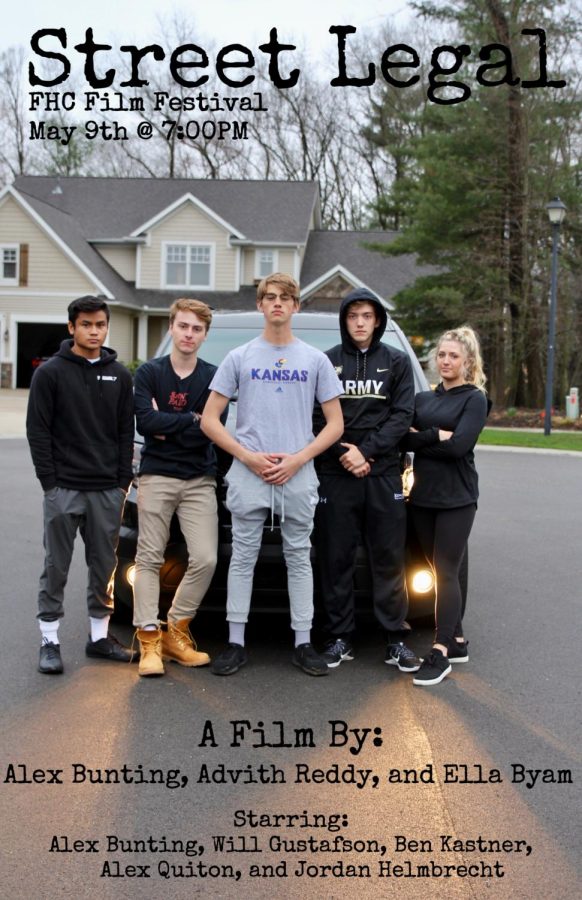 “After a failed heist, two outlaws plan their biggest one yet. They go to assemble a team when suddenly their previous ‘victim’ decides to strike back. Now, the outlaws must go get back what was taken from them.”

“The theme of our film is action-comedy.”

“The Fast and Furious movies inspired us to make this film.”

“The filming of the film [was done] over a span of a month. The editing process took place at the same time. We had to plan our filming a little carefully because we needed specific times of day. There was a lot of planning that needed to be done beforehand, including coming up with locations and specific shots we needed.”

“We just thought of some of the people we knew for the most part. They also had to be a little serious and patient through the process too.”

“The whole thing was pretty fun. It’s not something you get to do all the time so having this change of pace from our normal routine in the class was pretty cool. It was a good end of the year project.”

“There isn’t really an overlying theme or message to the whole film. The closest message would probably be teamwork [is] more effective than working alone.”

“Hopefully, the audience is entertained while watching the film. We made it in good fun, and it provides a good story of friendship.”

“Our film is different from everyone else’s because we put a spin on a classic concept. We took a ‘heist’ film and made it a little more unique.”