The Central Trend • May 3, 2019 • https://thecentraltrend.com/64646/opinion/reviews/music/i-see-hear-and-feel-still-woozys-soulful-songs-in-his-first-ep-lately/ 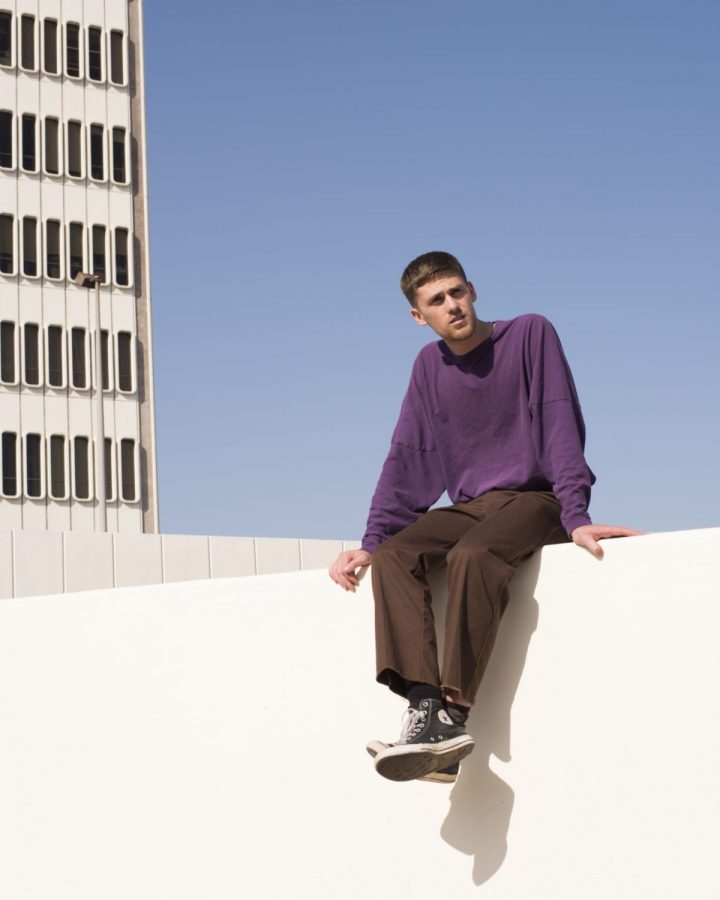 When I listen to Still Woozy’s music, a soulful solo artist I’ve been following for about a year, it isn’t just a collection of beats and rhythms going in one ear and out the other. His music activates all five senses—sight and sound, most prominently—in an assortment of oddly specific smells, sensations, and sights. And, of course, feelings. Because what’s music if it doesn’t make you feel?

Liquidity is Still Woozy. When I first discovered him, he only had a collection of singles released that each sounded like molten lava, rushing rivers, a smooth swipe of an orange oil pastel, and every other thing on this Earth that moves continually—no real start or finish, just a mirage of movement.

These singles hit me hard because I always associated listening to music as just that: listening. Hearing. Not seeing orange or feeling purple or tasting green. Just hearing.

Every listen sounded like the first, because a new sense was activated each time, a new obscure sucker flavor or color or fruity feeling was attached to the beats each time, and a new layer of love for this artist I randomly discovered one day was uncovered.

Today is that day. At 12:00 am on May 3rd, Lately was released, a five-song masterful work of art and movement and sights and sounds. And feelings.

It kicks off with “Lava,” a song that was released as a teaser for the EP in March. Surprisingly, this one doesn’t evoke sights of puffy molten lava cascading down a volcano. This one is more of an orange sherbet song. With each beat drop, I picture a billowy scoop of orange—I taste the tangy treat and see swirls of vibrant orange take over my vision. I feel orange: energy and movement and buoyancy and brightness.

“Lava” is orange, and not just because lava is orange. It’s orange because I associate orange with groove, and that’s the kind of song this is. A groovy one.

The next work of art is “Ipanema,” another teaser-track that was released yesterday. Collaborating with Omar Apollo and Elujay, two artists I had never heard of until yesterday, Still Woozy managed to incorporate elements of R&B, jazz, soul, and an entire other language in this track.

The song sounds Parisian—jazzier bass strums and snappy snare beats—but after using Google Translate, I realized that the chorus was in Spanish. How this song sounded Parisian but was actually half in Spanish, I have no idea. Still Woozy is magic, simply.

Third down the track list is “Habit,” another previously released song. The epitome of soulful R&B, it has a beat that’s impossible not to groove to; this song pulls me out of whatever I’m doing at that moment and places me into this otherworldly dimension that is impossible to escape. The lyrics are laced with love, lavender love; this song is undeniably purple, everything purple. A lavender love song, I think, is this one.

The next track, the first one that hadn’t been previously released, is “Foolsong.” Soulful and serene, slow and shy, sweet and soft. Still Woozy does this really powerful thing with his voice where he layers a bunch of breathy vocals on top of each other, and I think that’s the element that evokes a sense other than hearing.

It’s especially prominent in this one, a silver sigh kind of song. I see stars, not twinkling gold ones, but simple silver ones; the texture is that of a puffy, shiny fabric. This track traced a line back to my initial love for Still Woozy, a love derived from not just simply listening to a song, but feeling a song.

“Maybe She,” the final track of the EP, absolutely killed me. It was sensory overload, almost. The layers of his vocals, the beat, and the guitar chaotically organized together to form an artful closer to Still Woozy’s first EP. This song was everything, every sense, combined into one: a silver sigh, blueberry tears, orange scribbles, endless fields of lavender love, the tangy taste of a green apple sucker or sherbet.

A chaotic mess of everything I love and everything I feel when I listen to soulful music like Still Woozy’s: that was “Maybe She.”

And that was his EP, Lately.