The Central Trend • May 6, 2019 • https://thecentraltrend.com/64683/uncategorized/walk-in-the-park-filmfest-preview-qa/ 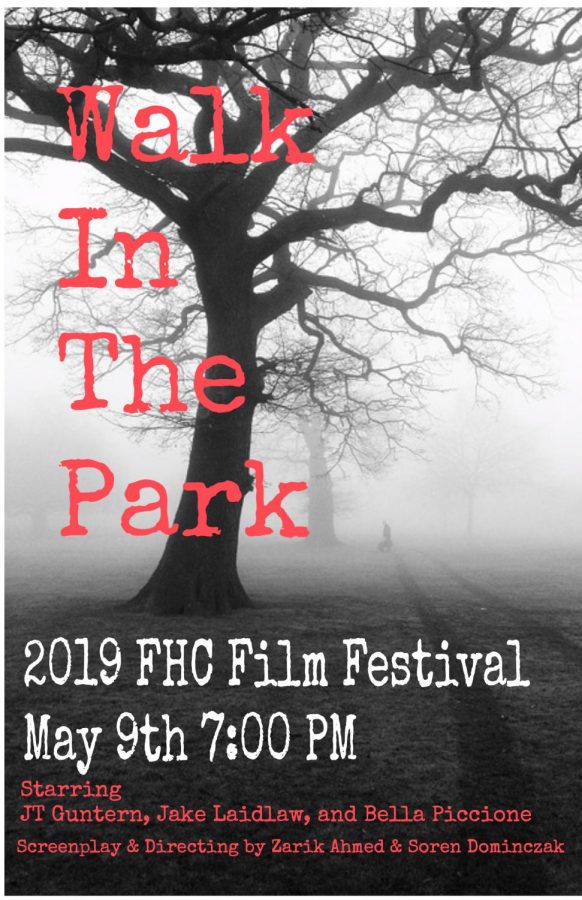 Film: Walk in the Park

“A girl and her boyfriend trying to figure out their relationship while the best friend gets in the middle.”

6. Can you describe the filming/editing process?

“Lots of time and thinking.”

7. How did you choose the actors/actresses?

“We chose ourselves because it would be easier because we would all be there anyway.”

8. What was your favorite part about the creative process?

“The film-making [process] because it was almost all improved, and it was funny to see what people would say.”

9. What messages are you trying to convey?

10. What can your audience expect to get out of the film?

11. How is your film different from the rest?

“It has Jake Laidlaw.”