The Central Trend • May 3, 2019 • https://thecentraltrend.com/64734/fx-student-news-show/sports/varsity-water-polo-suffers-loss-to-egr-in-regular-season-finale/ 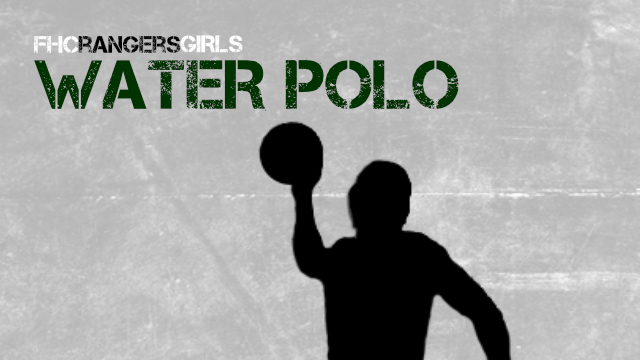 The Forest Hills United varsity water polo team took on the East Grand Rapids Pioneers last night in an extremely hard-fought game. However, they were not able to pull off the win and ended up suffering a loss by 9-3. After this game, the team’s record sits at 4-16.

In the first half of the game, FH suffered from several turnovers that resulted in goals right off the bat. Not to mention that senior Selina Franovic suffered from a penalty that put her out of the game with three minutes left in the second quarter. Despite this slight setback, Selina immediately came back in and scored a beautiful goal from far to send the team into halftime with a deficit of 7-2.

Almost immediately after the third quarter commenced, EGR scored, making the score 8-2. Although, Forest Hills did keep up the intensity and came away with several great plays to prevent EGR from running the score any higher. Selina did a fantastic job getting the ball up the pool for the team, and senior Kara Bolger and junior Maggie Zorn had several great shots that wore out the EGR goalie. Despite the team’s efforts, EGR scored again heading into the fourth quarter and made the score 9-2.

As the team went into the fourth quarter down by seven, they really picked it up. Junior Olivia Luplow picked off a pass from the EGR defense and passed it to Selina, who was sitting in the middle of the pool. Selina then passed it off to Maggie, who then dished it out to Olivia who had been making her way down the pool for a wide-open shot. Olivia finished the play beautifully with a shot that went just under the EGR goalie’s arm to make the score 9-3.

Several other FH players had very impressive games last night as well. For one, senior Megan Stockenhower had a phenomenal game on defense and had several steals and blocks on the night. Junior Sarah Schenck also had a few steals and was very quick on both sides of the pool. Lastly, senior Madi Crookston had a very nice game in goal and had a copious amount of saves that were vital to the score.

The Forest Hills United water polo team will play next on Friday, May 10, in its first round of district play.